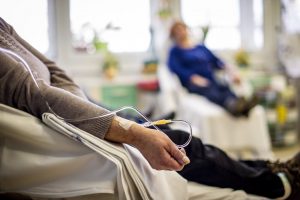 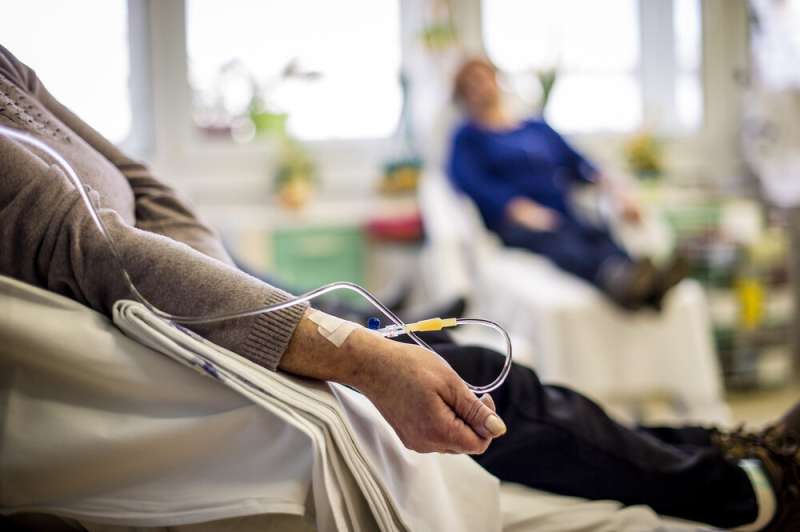 The researchers aimed to identify pre-treatment clinical and blood-based risk factors in patients who developed chemotherapy-induced peripheral neuropathy (CIPN) – nerve damage in peripheral body parts, like hands or feet, as a result of chemotherapy.

Lead author Dr. David Mizrahi, of the Prince of Wales Clinical School at UNSW Medicine & Health, said: “One in two Australians will be diagnosed with cancer by age 85, including 145,000 new cases each year. Thankfully many survive, but side effects as a result of life-saving treatments are less talked about.

“CIPN is damage to the nerves that can impact your sensation and muscle control, generally in the hands and feet. This can have major implications for those who work with their hands and can impair balance, which can become an even bigger problem for older patients who are then at increased risk of falls. Many patients experience painful symptoms too.

“There are few established risk factors for this nerve damage. We found patients with low hemoglobin at the beginning of treatment, and those who had higher body mass indexes (BMI), were more susceptible to developing nerve damage. Older patients seemed to be more at risk, too.”

The study’s senior author Professor David Goldstein, Conjoint Clinical Professor at UNSW’s Prince of Wales Clinical School, said past studies also showed older patients and those with a higher BMI, in both healthy adults and those with conditions such as diabetes, may be prone to developing nerve damage.

“Importantly, this work was stimulated by two committed consumers from the Australasian Gastro-Intestinal Trials Group who had identified that hemoglobin or iron levels may be a modifiable factor,” Prof. Goldstein said.

“Fortunately, we were in a position to examine this within our wider Cancer Institute NSW-funded CIPN research program led by Associate Professor Susanna Park of The University of Sydney and myself.

“In our recently reported Australian cross-sectional survey of more than 950 patients exposed to neurotoxic chemotherapy, 75 percent of respondents reported CIPN-related symptoms, emphasizing the importance of this issue.”

Prof. Goldstein said: “There are likely a range of factors that contribute to a patient developing CIPN—such as genetics, treatment dose, nutritional status, comorbidities.

“So, our findings add a new perspective to the current knowledge that patients who receive these types of chemotherapy could have a range of contributing factors putting them at an increased risk of nerve damage.

“Our findings could help cancer doctors and nurses to identify those who merit either a modified more tailored management approach or much closer and more intensified monitoring for the development of symptoms. This work will also assist medical teams to reduce the long-term severity of symptoms and positively impact patients’ quality of life.”

Laying the foundations for future research

The UNSW-led research team recruited 333 adult patients receiving paclitaxel and oxaliplatin chemotherapy in hospitals and cancer clinics in Sydney and Brisbane between September 2015 and February 2020. The median age was 58 years old.

About 80 percent of those recruited were women, because females make up a significant proportion of patients with breast or gynecological cancers.

Most patients had advanced stages of cancer, including some who were returning for relapse treatment.

The researchers analyzed initial pre-treatment blood samples from patients before they started chemotherapy and comprehensively assessed participants for nerve damage three to 12 months post-treatment, then compared the results.

Dr. Mizrahi said the team’s study was the largest to date to identify low hemoglobin as a potential contributing factor to cancer patients developing CIPN.

“This result now justifies future studies of the relationship between low hemoglobin, iron levels and CIPN, and whether opportunities for intervention before or during treatment could reduce the risk of developing CIPN,” he said.

“For example, raising hemoglobin by transfusion or iron infusion before starting chemotherapy is a testable hypothesis. In addition, we are currently investigating other potential options for reducing the impact of CIPN, such as using exercise or prescription medications such as Duloxetine (an antidepressant) for people with known CIPN.

“We are also exploring the use of simple screening questionnaires at each patient’s chemotherapy cycle in an attempt to pick up symptoms early, allowing for closer monitoring and opportunities to modify treatments or refer patients to appropriate members of the multi-disciplinary team—so, the burden of symptoms can be reduced.”

Dr. Mizrahi acknowledged further exploration of the findings was needed but said the team’s research was a key step forward in developing predictive models for CIPN and appropriate clinical pathways for care, which remained an unmet need for an important problem.