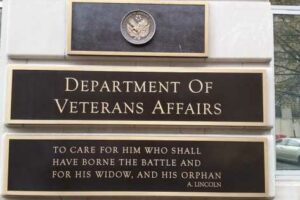 The Department of Veterans Affairs announced this week that it would be staying the course with its electronic health records modernization strategy.

“We are going to stick with this technology … [We] are ready to continue with that,” said McDonough, adverse symptoms of norvasc as reported by FedScoop.

Questions have lingered over the future of the VA’s EHR modernization initiative after an initial go-live at the Mann-Grandstaff VA Medical Center in Spokane, Washington, was met with consternation and confusion.

After reports of problems and with concern expressed by lawmakers, the agency announced that it would undertake a strategic review of its modernization program, not to exceed 12 weeks’ duration, and that it would not move forward with a second go-live in Columbus, Ohio, until that review was completed.

At the press conference, McDonough said that it would likely take two more weeks to decide on any changes to the program, based on the review.

Eventually, the VA aims to have interoperability between Cerner’s cloud-based system and the Department of Defense’s Military Health System GENESIS, also pursued in partnership with Cerner.

Rep. Cathy McMorris Rodgers, R-Wash., issued a statement after the press conference praising the decision to pause the project.

“Problems that have been identified at Mann-Grandstaff must be resolved before the system is deployed at additional VA sites,” said McMorris Rodgers, who had called for a review of the EHR system this spring.

“Transparency around the findings of the strategic review and accountability within the VA will be vital for righting the ship, as well as delivering Eastern Washington veterans the care they deserve,” she continued.

“I commend VA for pausing the Electronic Health Record Modernization program to solve the serious problems found in Spokane. The Secretary made the right call,” said Bost.

“Going forward, VA must demonstrate to Congress and veterans that this review was successful and those problems are fixed. Adjusting the organizational chart is not enough. The electronic health record must improve. We also expect transparency and reliability in the schedule and cost estimate,” he said.

The size, scope and cost of the VA’s EHR modernization project have drawn scrutiny from watchdogs and regulators.

A Department of Veterans Affairs Office of Inspector General audit recently found that the Veterans Health Administration underestimated the cost of the project to the tune of billions of dollars.

It is not clear, at this point, how the review-related delays will affect that price tag.

An additional OIG audit found that the VHA needs improvement when it comes to integrating non-VA medical data into veterans’ electronic health records.

“Adjusting the organizational chart is not enough. The electronic health record must improve,” said Bost in his statement. “We also expect transparency and reliability in the schedule and cost estimate.

“This is already a multibillion-dollar effort. We owe it to veterans and taxpayers to make certain that it is a good and fruitful investment,” he added.