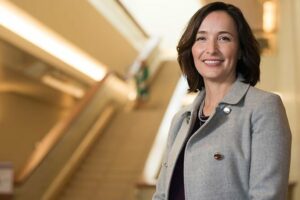 Pamela Kunz, MD, has been named the 2021 Woman Oncologist of the Year.

The award is given by the Women Leaders in Oncology and was presented during their annual Leadership Empowerment and Development conference, held in October. 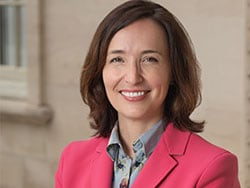 Kunz serves as the director of the Center for Gastrointestinal Cancers at Smilow Cancer Hospital and of the Yale Cancer Center, New Haven, Connecticut. She is also vice chief of diversity, equity, is valtrex available in a generic form and inclusion in medical oncology at the Yale School of Medicine and holds other appointments.

The award honors a senior professional who is a respected individual in her field and who has demonstrated excellence in leadership. In this case, the award also honored Kunz’s commitment toward creating a more respectful, diverse, and inclusive culture in oncology, the Women Leaders in Oncology commented in announcing the prize.

“Winning this award has a lot of meaning for me, considering what I’ve been through,” Kunz told Medscape Medical News. “It represents a combination of a lot of hard personal work, soul searching, and speaking out about gender discrimination. During that process I learned what mattered to me.”

Kunz says she had personally faced gender-based biases and harassment, which ultimately led to her leaving a position at Stanford University and coming to Yale. She has emerged as a leading voice for promoting gender equity in the medical workforce.

“This award honors my commitment to trying to dismantle gender disparities,” she said in an interview. “I have done that consistently over the past year and this award recognized that ― that’s why this has such meaning for me.”

Roy Herbst, MD, PhD, chief of medical oncology at Yale Cancer Center, commented that Kunz is “known as a person of enormous integrity and intellectual capacity. She is quite involved in issues of equity, gender equity, and I’ve learned so much from her.

“Thanks to Dr Kunz’s influence, we’ve done a number of programs for our female faculty, which I’m very proud of,” he added. “As her chief, I couldn’t be prouder of the person we have in our group.”

As previously reported by Medscape Medical News, in May 2000, Kunz left her position as an associate professor of medicine at Stanford after 19 years because, she said, the environment there progressively presented “significant barriers” to her success.

Until her recent move, Kunz had spent her entire career at Stanford. “I started in 2001 as an internal medicine resident, then chief resident, then oncology fellow before joining the Division of Oncology faculty in 2010,” she told Medscape Medical News in 2000.

Kunz was director of the Stanford Neuroendocrine Tumor Program and was leader of the Endocrine Oncology Clinical Research Group at the time of her departure. She explained that there was no final incident that triggered her decision to leave but rather just a buildup of harassment from multiple faculty that she could no longer tolerate.

“I also read a great deal about the topic via the 2018 NASEM [National Academies of Sciences, Engineering, and Medicine] report on sexual harassment in STEM [science, technology, engineering, and mathematics] fields and other objective scientific literature and learned that the problem is pervasive in academic medicine,” she said. “This made me feel less alone and gave me the strength to talk about it.”

At Stanford, Kunz brought her complaints to the administration. An investigation ensued, but it was later dropped. She is quoted in the school newspaper as saying that a “culture of disrespect” was a primary problem.

In a Twitter thread, Kunz wrote: “As I entered mid-career, assumed leadership roles, and gained some degree of success, I was perceived as a threat by some male colleagues. At that point, I experienced insidious microaggressions and retaliation from male faculty.”

Kunz investigated a number of academic centers after she made the decision to leave Stanford. “I’m quick to say that gender discrimination and, more broadly, disrespect happen at every institution,” she emphasized. “There is no perfect place.”

She explained that there were elements at Stanford that were very positive, especially during her training, and that during her final years there, the situation became more difficult.

“Yale has had its share of challenges, but I sensed an evolution there and a commitment for change around topics of diversity, equity, and inclusion,” said Kunz.

Another colleague, Barbara Burtness, MD, Interim associate director for diversity, equity, and inclusion at Yale Cancer Center, noted that this particular award honors Kunz’s voice in drawing attention to the inequities that women oncologists have faced. “I think what sets her apart is, first of all, her courage and speaking about her own story, and second of all, the clarity with which she can present information that maybe not everyone in the academy has been so receptive to,” she said.

Kunz explained that she has a level of privilege as a White physician and that it is important to consider the intersection of race, gender identity, sexual orientation, and age.

“I have a leadership role here at Yale, where I can be actively involved in enacting change,” she said, “and I’m in a position where I can make a difference.”