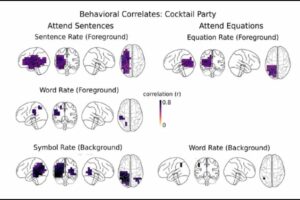 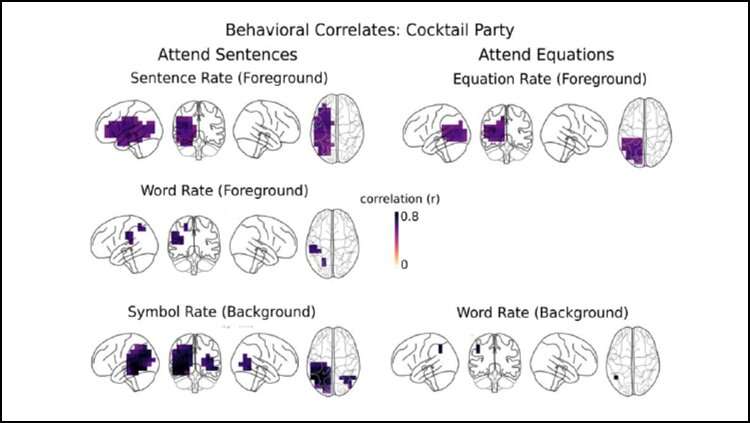 Separate math and language networks segregate naturally when listeners pay attention to one type over the other, according to research recently published in JNeurosci.

Mathematical language borrows words from everyday speech, yet the brain processes math and language in two separate networks. While previous studies examined how these networks process written numbers and words, few looked at the processing of spoken mathematical language.

Kulasingham et al. used MEG to measure the brain activity of participants while they listened to recordings of simple math equations (five plus one is six) and sentences (cats drink warm milk). In a “cocktail party paradigm, diflucan bloating ” the equations and sentences played at the same time and participants had to focus on one and ignore the other. Equations triggered activity in the parietal lobe, an area involved in number processing, and sentences triggered activity in the temporal lobe, a language region. Brain activity oscillated with, or tracked, every word and math symbol, indicating the brain processes their acoustics even if attention was directed away from them. Activity also tracked each sentence or equation—whichever stimulus was focused on—despite the lack of any pauses or inflections to distinguish them from each other.