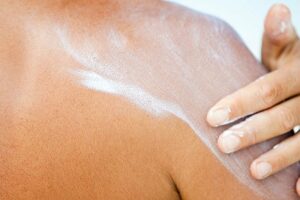 Nearly all Americans say that sun protection is important, but almost half don’t use sunscreen regularly and more than a third believe that tanning is healthy, according to the results of a recent survey commissioned by the American Academy of Dermatology. 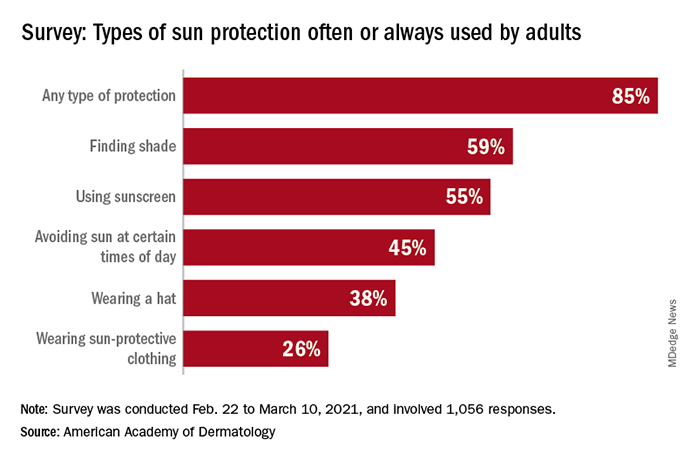 With the pandemic seemingly behind it, the United States enters the summer months facing the paradox of sun protection. Four out of five adults know that sunscreen should be reapplied every 2 hours when they’re outdoors, but only one in three make the actual effort, and 77% are likely to use sunscreen at the beach or a pool, compared with 41% when they’re gardening or working outside on their homes, recreational phenergan the AAD reported.

“These findings are surprising and seem to suggest that many people do not take skin cancer seriously or perhaps believe skin cancer won’t happen to them,” Robert T. Brodell, MD, professor of dermatology at the University of Mississippi Medical Center, Jackson, said in a written statement from the AAD, adding that “unprotected exposure to ultraviolet rays is the most preventable risk factor for skin cancer, including melanoma.”

A quarter of all survey respondents reported getting sunburned in 2020, with the youngest adults most likely to feel the wrath of the sun. Sunburn was reported by 43% of those aged 18-23 years, 37% of those aged 24-39, 25% of the 40- to 55-year-olds, 12% of the 56- to 74-year-olds, and 7% of those aged 75 and older. More than a quarter of those who got sunburned said that it was bad enough to make their clothes feel uncomfortable, the academy said.

“Americans see the damaging effects of the sun on their skin as they get older, and two out of three look back and wish they had been more careful. But when it comes to cancer, specifically, most feel unconcerned in spite of their own risk,” according to a statement from Versta Research, which conducted the poll on behalf of the AAD. The survey was conducted from Feb. 22 to March 10, 2021, and involved 1,056 respondents, with a ±3% margin of error.

The lack of concern for skin cancer looks like this: More than two-thirds of the respondents (69%) have at least one possible risk factor – lighter skin tone, blue or green eyes, more than 50 moles, family history – but only 36% expressed concern about developing it. “Indeed, half of survey respondents (49%) say they are more worried about avoiding sunburn than they are about preventing skin cancer, and a third (32%) are more worried about avoiding premature wrinkles than they are about preventing cancer,” the AAD said.

The AAD is considering the creation of a social media quiz or interactive tool, and if the results of this survey were recast as a potential “Knowledge and Awareness Quiz” and graded with a traditional scheme (A = 90%-100%, B = 80%-89%, etc.), then 34% of the respondents would have failed, 15% would have gotten a D, and only 5% would have earned an A, the academy noted.

This article originally appeared on MDedge.com , part of the Medscape Professional Network.