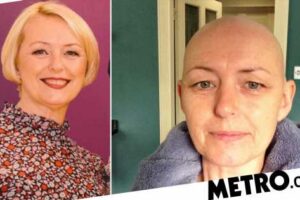 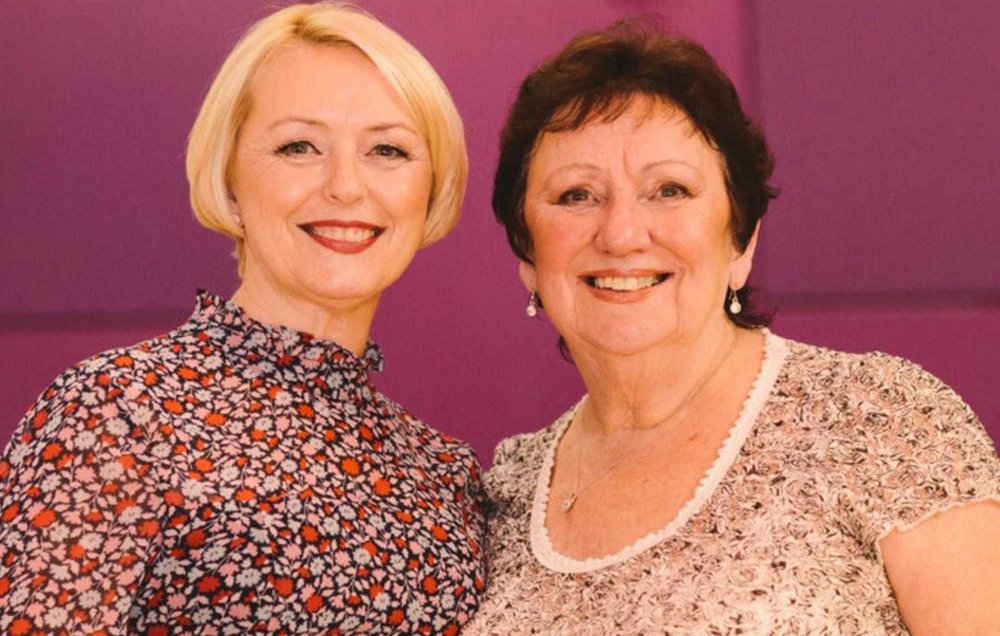 A mum who had to undergo two double mastectomies – after being diagnosed with breast cancer after a preventative operation – has told how she hopes her sons can be tested for a gene causing the disease.

Sarah Saphier, 53, was initially told she had the BRCA1 gene at 36. This gave her a 95% chance of developing breast cancer, as well as a 70% chance of ovarian cancer.

The mobile hairdresser opted for a preventative double mastectomy, which was a hard decision but one made with Sarah’s health in mind.

She was so convinced after the first op that the cancer would never come back, indications for bactrim she even cancelled a life insurance police that’d pay out if she was diagnosed.

But to Sarah’s horror, in April 2014, she was taking a shower and, still in the habit of checking herself, felt a lump the size of a pea in the middle of her right breast.

This turned out to be an aggressive form of double negative breast cancer.

Sarah, who lives in Gately, Greater Manchester, with her husband Shaun, 53, an electrical wholesaler, and their sons, apprentice Joe, 18, and student, Frankie, 16, said: ‘When I found the lump, I could not believe it. I was absolutely devastated.

‘I was the third person in the country to develop breast cancer after having my breasts removed – they now call it risk-reducing, not preventative.

‘Now, after seeing what I went through, I want my sons to know if they’ve got a high risk.’

Sarah is now campaigning to raise awareness of the genetic risk of the condition – to men and women – and vows her own sons will be tested when the youngest turns 18.

The second diagnosis of aggressive triple-negative breast cancer meant Sarah had fewer treatment options and if chemotherapy drugs failed, it could prove fatal.

‘I felt like I’d put myself through massive operations and reconstructions – all for nothing,’ she said.

Medical advances meant surgeons could remove more tissue than they had during her first mastectomy.

So, after healing from yet another operation, the day before her 47th birthday she began five months of chemotherapy.

She said: ‘It was horrendous. Chemotherapy nearly killed me. I lost all my hair and had absolutely every side effect – sickness, diarrhoea, fatigue.’

Thankfully, five years on from her treatment, she was told her type of cancer would be unlikely to return.

Now an avid fundraiser for the charity that helped her, Prevent, doing everything from sponsored walks and mountain climbs, to posing for a nude calendar – she is keen to raise awareness of the genetic risk of breast cancer to men as well as women.

Sarah said: ‘I want my boys to get tested and when they’re both of age they will do it together.

‘Men don’t realise that they can get breast cancer or tend not to check their breasts.

‘My boys – if they have the gene – have a higher risk of getting breast cancer and I also want them to be tested in case they have daughters.

‘After seeing what I went through, I think they’d want to know if they’ve got a high risk. I always say knowledge is power.’

Prevent founder and chairman Mr Barr is also keen to stress the importance of genetic testing for men, as well as women,

And while Sarah developed breast cancer despite having a preventative or risk-reducing mastectomy, he stressed that this is extremely rare.

He said: ‘There are hundreds of women in the UK who have had risk-reducing mastectomies and it doesn’t eliminate the risk 100 per cent.

‘There are now a handful of women who have gone on to develop breast cancer – it’s very unusual but it can happen.’

Get in touch at [email protected]