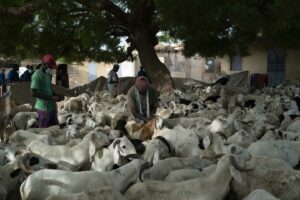 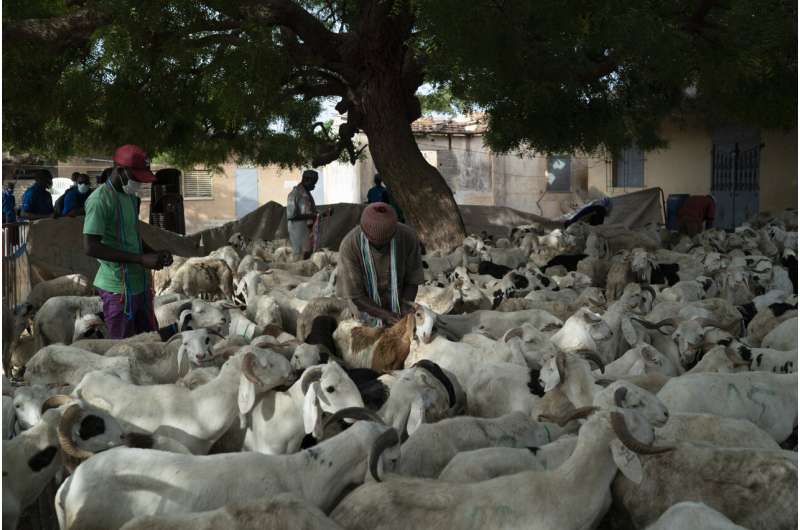 Adama Ndiaye got up before dawn to travel about 25 miles (40 kilometers), hoping that she would be able to get a sheep for the celebration next week of the Muslim holiday of sacrifice, Eid al-Adha.

As a result of the pandemic, selling ice cream no longer provides enough money for the 63-year-old to support her four children still at home, especially not to be able to buy a sheep that costs about $140 to celebrate Tabaski, as the festivity is called in Senegal.

As soon as she heard that an Islamic charity would be donating sheep to the poor, Ndiaye registered to get one.

“I have prayed a lot and I was not expecting to have a sheep.” she said. “God knows how I appreciate this.”

After getting her sheep, Ndiaye and other women from her neighborhood piled into a taxi with the animal and left. They’ll wait until Wednesday to slaughter the sheep and use it to prepare a feast to be shared with family and friends.

As millions in Senegal prepare for Tabaski, health officials warn that COVID-19 cases are dramatically surging in the West African nation. In just weeks, new confirmed cases have risen from dozens a day to a record of 738 on Friday and then nearly doubled overnight to 1,366 on Saturday, according to the Ministry of Health. 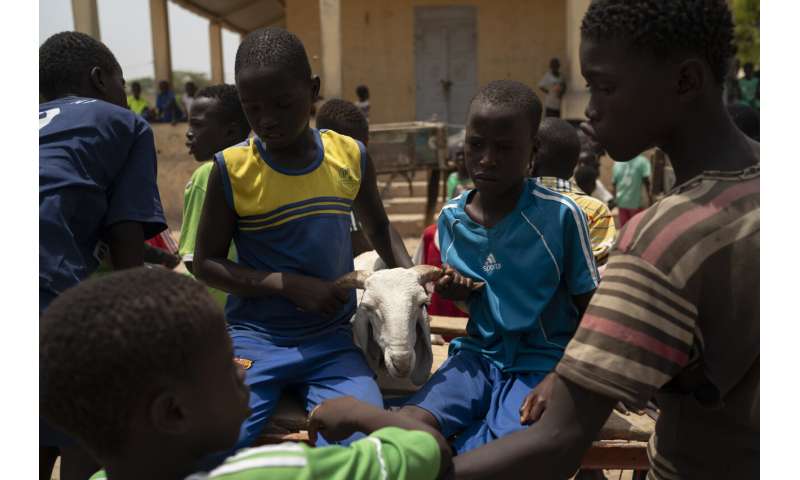 Nearly 36% of 3,815 tests carried out in the past 24 hours came back positive, the health ministry said Saturday. Senegal has reported 50,374 cases and 1,214 deaths since the start of the pandemic.

Faced with the dramatic increase, President Macky Sall and his Cabinet are limiting public gatherings and travel and urging the public to continue wearing masks and frequently sanitize their hands. On Friday, Sall threatened to close borders and impose a state of emergency again if numbers continue to rise.

Many in Senegal have relaxed their use of masks and other precautions after the country’s early surges weren’t as severe as the outbreaks in other countries.

Tabaski, which will be celebrated on July 21 in Senegal, sees thousands of people come together in large family gatherings. Many health officials are worried because in the run-up to the holiday, people throng marketplaces and gather to buy sheep. 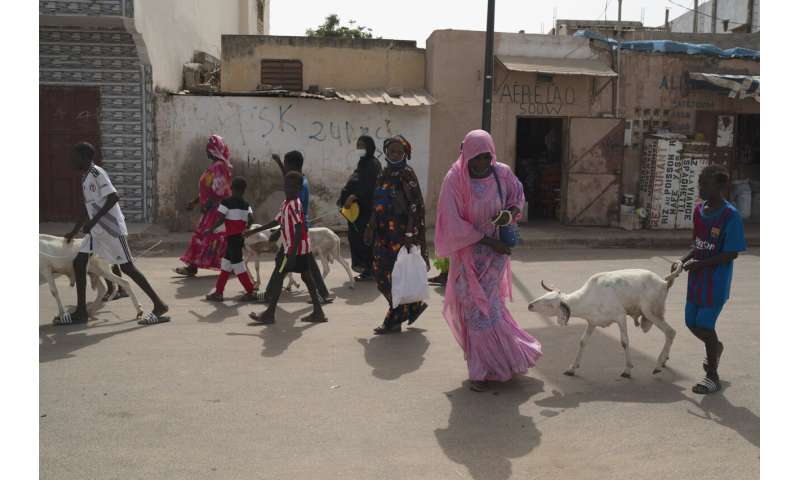 Only about 600,000 people of Senegal’s population of more than 16 million have been vaccinated. The country has a limited supply of vaccines and is awaiting further deliveries of Sinopharm and Johnson & Johnson.

About 30% of the new coronavirus infections in Senegal are from the delta variant, according to Souleymane Mboup, the director of the Institute for Health Research, Epidemiological Surveillance and Training, one of Senegal’s testing labs.

“We are facing a much more contagious virus,” Mboup said.

“The pandemic has impacted especially the most vulnerable segments of the population,” said Anne Catherine Dupre, project coordinator in Senegal for the group Secours Islamique France.

Since last year, 30% of the thousands of people supported by the group were forced to reduce their consumption of food as a result of the pandemic, she said. 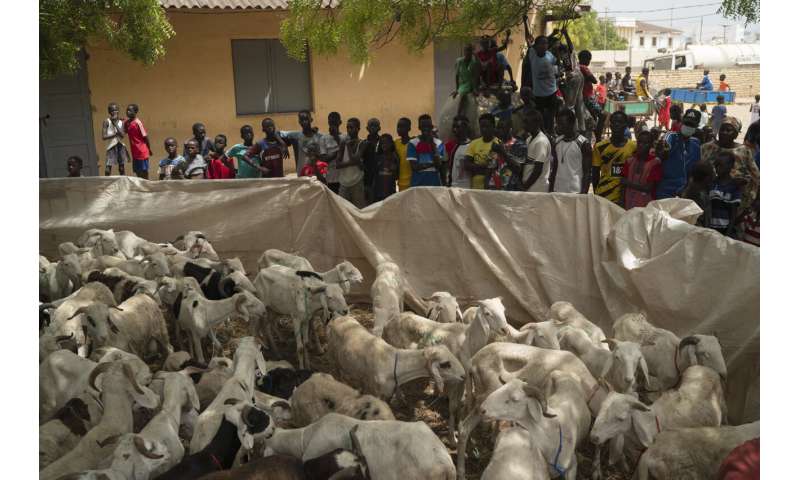 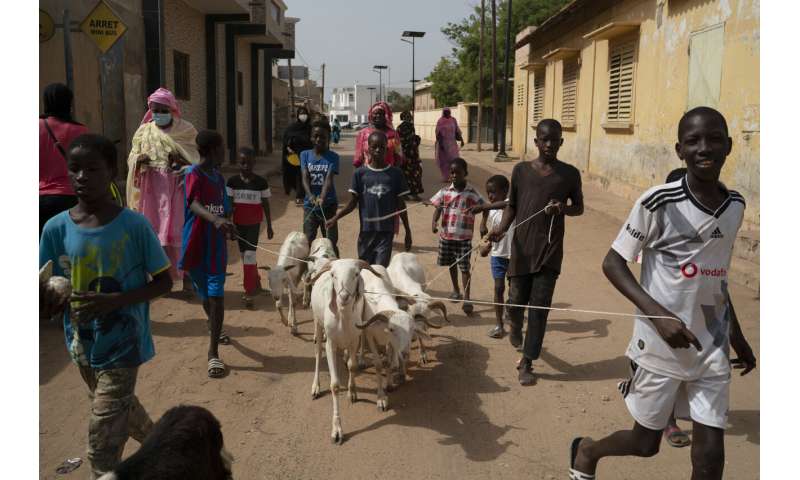 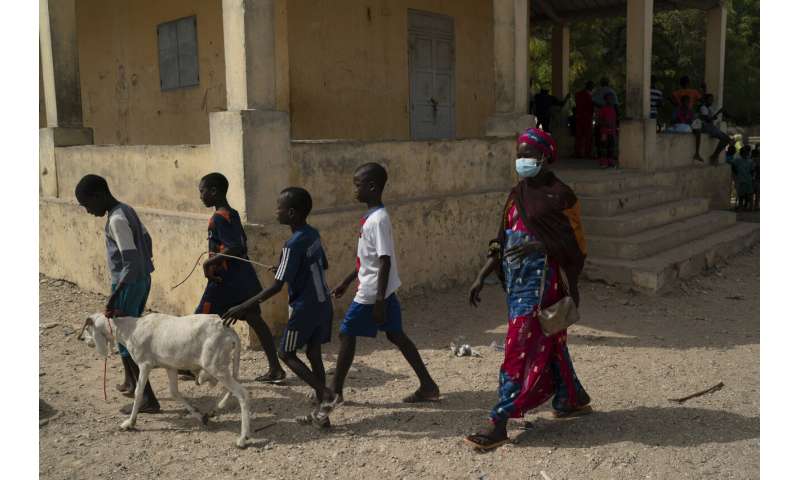 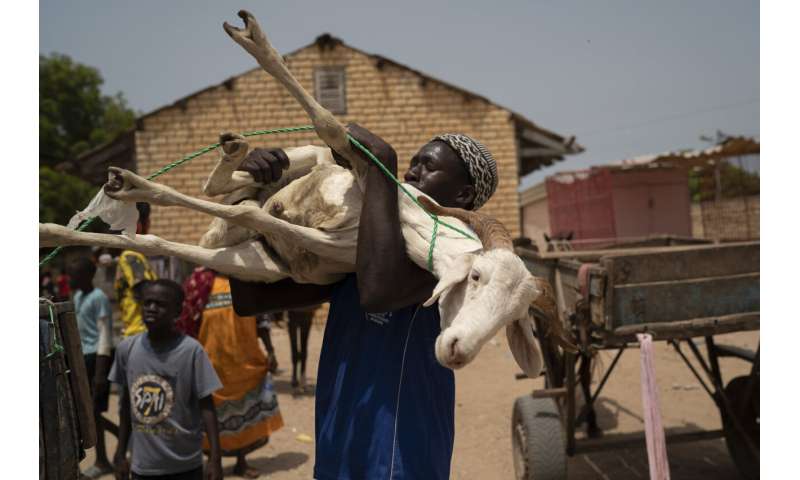 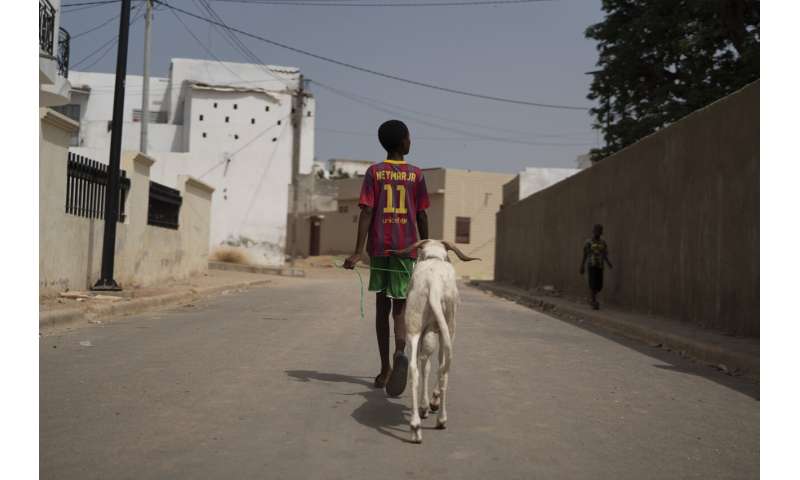 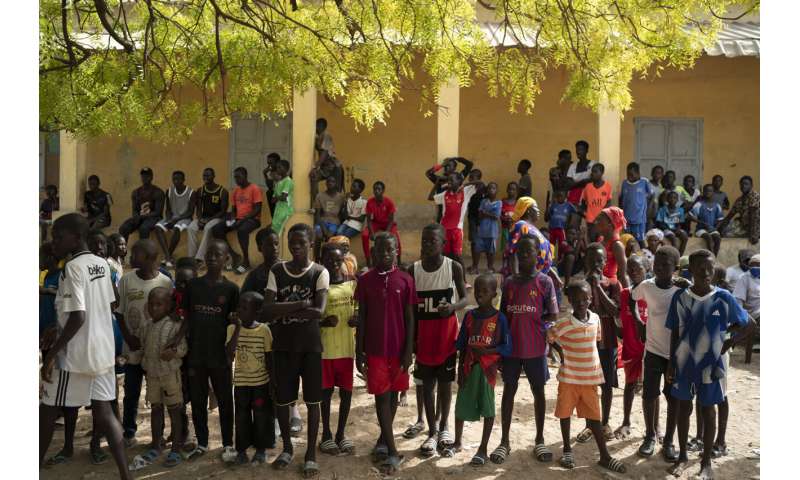 “We are already dealing with populations that are very vulnerable, so in fact, for them to reduce it, means they’re only going to eat once a day” she added.

Secours Islamique France has been working in Senegal since 2008 and has distributed food and sheep during Ramadan and Tabaski. This year they had to increase their donations because of the rise in vulnerable people because of the pandemic.

“It’s important for them to celebrate Tabaski. It’s the most important celebration in a country where more than 80% of the population are Muslims,” she added.

The organization also distributes food and money, supports education and training for unemployed people. It plans to distribute about 2,000 sheep in the greater Dakar area.

Meanwhile, Ndiaye and others hope the pandemic ends soon so things can go back to normal.