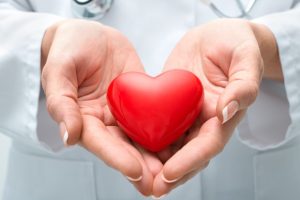 A new study from the UBC Sauder School of Business finds a subtle shift in organ donor messaging can lead to a big boost in registration.

Organ donation saves countless lives every year, and most people think it’s the right thing to do — but when it comes to people actually registering to donate, the numbers around the world are surprisingly low. This is particularly so in countries that rely on informed consent and require people to learn about organ donation before they opt-in to register as a donor.

In fact, in Canada, nexium the pill just 32 per cent of people have registered to become organ donors.

Transplant agencies have tried a range of strategies to increase donation levels, including the introduction of in-hospital organ donation coordinators, greater public education and marketing campaigns.

Some campaigns emphasize how low organ donation rates are and plead with people to sign up, hoping the meagre numbers will motivate people to help. In marketing, this is known as a low descriptive norm. Others take the opposite tack, and emphasize how positive people feel about organ donation, which encourages people to conform to the expectations of others, a high injunctive norm. For example, one UK government advertisement stated, “96 per cent believe donating organs is the right thing to do.”

But what happens when you combine the two approaches? According to the new study, titled Everybody Thinks We Should But Nobody Does: How Combined Injunctive and Descriptive Norms Motivate Organ Donation Registration, highlighting the incongruence between what people believe and what they do — or don’t do — can spur their willingness to register.

According to UBC Sauder PhD candidate Rishad Habib (she/her), who co-authored the study with UBC Sauder colleagues Dr. Katherine White and Dr. JoAndrea Hoegg, by focusing on how low registration numbers are, some agencies may be unknowingly alienating potential donors.

On the flipside, if marketers focus on how many people support organ donation, they risk making people feel like they don’t need to act.

For the study, the researchers tested all three approaches — focusing on the low rates, the high support, and a combination of the two — in online surveys, lab surveys and in a public field study.

In one study, research assistants set up a table at the UBC student centre and regularly rotated banners encouraging passersby to register. They also asked people if they were already registered, and if they weren’t, they would show them an iPad displaying the different messaging on the banners.

Roughly 20 per cent of people who were given only the individual messages signed up; but when people were given the combined message, registrations jumped to 33 per cent, which represents an almost 70 per cent increase — a leap that could help save lives.

“It motivates responsibility,” explains Habib. “When the two messages are combined, people think, ‘No one’s doing it, but it’s important. So I need to step up and register.”

Habib hopes the findings, which were published in the Journal of Consumer Psychology, will help transplant organizations create more effective communication strategies; in fact, the study has already influenced at least one organ donation registry’s online and TV campaigns.

“You could apply this to other situations where there’s a positive behaviour, but there aren’t a lot of people doing it — like mask wearing at the start of the pandemic,” she says. “If the behaviour levels are low, but the support for the behaviour is high, then it makes sense to communicate both.”

Habib, R., et al. (2021) Everybody Thinks We Should but Nobody Does: How Combined Injunctive and Descriptive Norms Motivate Organ Donor Registration. Journal of Consumer Psychology. doi.org/10.1002/jcpy.1220.