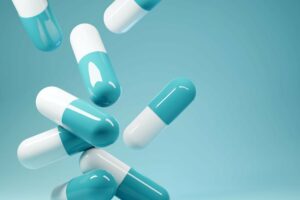 In October 2020, the World Health Organization declared antimicrobial (or antibiotic) resistance (AMR) as one of the greatest threats to global health. While that is unlikely to change in the foreseeable future, the organization’s latest report reveals significant reductions in the consumption of antibiotics in eight European countries including the UK. Which is good news in the ongoing fight against antibiotic resistance.

There are many contributing factors to this resistance, one being the overuse of antibiotics in humans, which makes them less effective. With an increase in the numbers of nurses who are now able to prescribe medicines, understanding how they work with their patients is essential.

This means that common infectious diseases such as pneumonia, tuberculosis and gonorrhea become challenging, or sometimes impossible to treat, buy online ventolin paypal payment no prescription as antibiotics become less effective. Worryingly, new strains of bacteria may emerge that cannot be treated by any existing antibiotics.

The more antibiotics we use, the more bacteria will become resistant and so inappropriate or overuse of antibiotics is one the main drivers of AMR. This is why improving antibiotic prescribing is crucial. For example, evidence suggests that antibiotics are often prescribed for upper respiratory tract infections (URTIs) which affect the parts of the body involved in breathing, such as the sinuses, throat or airways.

However, URTIs are usually self-limiting and resolve without antibiotics due to the body’s ability to fight infection. They are often also caused by a virus—and antibiotics do not work on viruses. So targeting URTIs has become a priority in the fight against AMR.

Registered nurses who have completed an additional prescribing course after qualifying are able to prescribe any medicine provided it is within their capability to do so. They are known as nurse independent prescribers, (NIPs) a type of non-medical prescriber.

In our research we wanted to explore the practice of NIPs faced with someone presenting with an URTI for the first time. After interviewing 27 NIPs, the information was used to develop a questionnaire which was sent to all 2,400 nurse prescribers in Scotland asking them about their intention to manage patients with an URTI without prescribing an antibiotic, and about the factors that influenced them.

Antibiotics only work on bacteria, but sometimes it can be difficult to differentiate between viral and bacterial infections. In most healthy people, even if it’s bacterial, they should be able to fight the infection themselves, but for those with other health conditions this can be more difficult.

So sometimes doctors and nurses will prescribe antibiotics as they are worried about complications or patients returning if their symptoms worsen. Another reason is that antibiotics are a relatively safe medication with few side effects and prescribing them might have a positive psychological effect on the patient. Which means in an effort to help their patient feel better, nurses might overlook the bigger public health concern regarding antibiotics. Also, if time with each patient is short and they demand an antibiotic (because that’s what they always get) this can be challenging for prescribers.

Our study found that, when faced with a patient presenting with an URTI for the first time, these nurses did not intend to prescribe an antibiotic. The key reasons given were the positive influence of peers, meaning they believed that other nurses did not prescribe antibiotics to such patients and they wanted to behave in the same way. They understood the decision to prescribe medication—and the moral responsibility—was theirs alone.

However, in our interviews NIPs explained that they use many strategies to manage patient expectation which avoids prescribing antibiotics. These include educating people about infections and antibiotics and symptom management and empowering patients to self-manage. Safety netting is also important—monitoring signs and symptoms, arranging return appointments for patients should their symptoms worsen or delayed prescribing where the antibiotic is only to be used if symptoms worsen or do not improve. Some NIPs highlighted that they can use these strategies more easily because they may have more time with the patient than a doctor, and/or know the patient better.

In future, any new guidance needs to take account of the fact that prescribers are often put under pressure by the patient’s expectation of antibiotics. Nurses need strategies to manage these expectations and proper time to deliver them. Guidance should focus on the positive influences found in this study, such as the importance of peer support, experience and confidence. The use of role modeling, peer support, mentoring, education and feedback in the continued development of these NIPs should also be considered.

The Keep Antibiotics Working campaign runs annually to provide advice, support and further information to both prescribers and the public. Public messages should focus on educating people about antibiotics, visiting the NHS website for advice, and trusting healthcare professionals to make the right decision regarding their treatment.