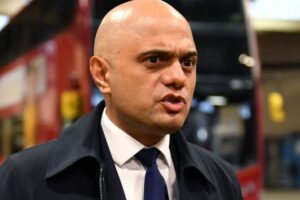 Sajid Javid insisted patients waiting for NHS treatment must be prioritised – including an estimated seven million who have put off coming forward for other conditions. It is time to make use of vaccine protection, ease most remaining restrictions and tackle issues that have built up, clobetasol propionate safe during pregnancy he said. He added: “As a fresh set of eyes coming in [to the Department of Health], the thing that shocked me most was the huge waiting list and the number of people that did not come forward because of the pandemic.

“We estimate there are some seven million people that did not come forward to be helped with things like cancer, with heart disease. Think about the deaths that have been sadly caused by that, by people not being helped when they should have in normal times, with a huge amount of mental health problems and issues.”

NHS figures show more than 5.1 million people in England were waiting to start planned treatment at the end of April. Some 385,000 had been waiting for over a year.

They include things like hip and knee operations, which impact on quality of life.

Mr Javid said: “As Health Secretary, I can’t just be thinking about Covid alone, I have to think about all the other health problems that are out there and have a plan to deal with those. The vaccine is working, let’s make use of it and let’s also start addressing all those other problems.”

Professor Neil Mortensen, president of the Royal College of Surgeons of England, said reducing NHS waiting times needed to be a priority.

He said: “There is a potential ‘hidden waiting list’ of people who have not yet come forward. The waiting list growing to a figure of 9.7 million by 2023-24.”

He urged the Government to provide funding for more surgical hubs and to train surgeons, nurses and anaesthetists. He added: “There is no quick fix, but we need to get back to delivering timely surgery.”

Tracey Loftis, of the Versus Arthritis charity, said hip and knee replacements were often considered not serious enough to be at the front of the queue.

She said: “This issue becomes even more unacceptable as longer waits lead to more severe joint damage and reduce the chance of future operations being successful.”

NHS Providers chief executive Chris Hopson said staff were working flat out to recover services and it was encouraging that Covid-19 vaccinations had reduced hospitalisations. He said: “That has helped create the headroom for the recent progress we have seen in tackling long delays for planned treatment.

“It’s really important to look at NHS demand and capacity as a whole, rather than individual elements such as Covid-19.

“Even small amounts of added Covid-19 demand can have a significant impact.”

Research released by Diabetes UK today suggests up to 2.5 million diabetics in England missed out on recommended health checks last year. The percentage of patients getting all eight dropped by around 40 per cent compared with 2019.

It has launched a new campaign, Diabetes Is Serious, demanding Government action.

Chris Askew, chief executive, said: “We’re sitting on a diabetes time bomb – a rapidly growing crisis for diabetes care – which is why we are urgently calling on the UK Government to put people living with diabetes at the heart of its post-pandemic
health agenda.”

Professor Stephen Powis, national medical director for NHS England, said: “Despite the significant disruption caused by the pandemic with staff treating 405,000 seriously ill patients with Covid over the last year and launching the biggest and fastest vaccination programme in our history, cancer and mental health services are back at pre-pandemic levels and elective surgery is increasing too.”

FOLLOWING the most devastating year the NHS and many of us have faced, we are heading swiftly into a new health crisis, with the number of people waiting for hospital treatment now at record levels.

According to the NHS figures, over five million people in England are currently waiting, and 385,000 have already seen their treatment delayed for at least a year.

People with arthritis are silently bearing the brunt of this crisis.

Hip and knee replacements are in the category of planned surgery that has been worst affected and slowest to restart over the last year – all too often considered not serious or life-altering enough to be at the front of the queue.

Around 600,000 individuals in England are currently waiting for orthopaedic surgery. Every day, we hear from individuals whose lives are literally put “on hold” as they are left struggling with the agony of arthritis. Failing to address this problem now will create a ticking time bomb for future care.

There is no doubt that reducing the backlog will be a monumental long-term task.

That is why Versus Arthritis is calling for healthcare providers to adopt a six-point support package.

Taking better care of those waiting for surgery will help reduce the pressures on our national health service in the long run.

As the world opens up once more and the NHS can take stock of the impact of Covid-19, the hidden pain of millions of people with arthritis can no longer be ignored.

It is time to ensure that people with arthritis get the life-changing care and treatment they deserve.