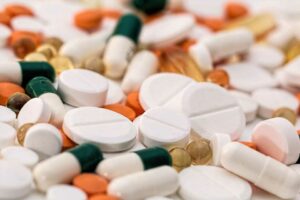 UK policymakers preparing trade deals post-Brexit can learn important lessons from New Zealand’s ‘unique drug agency’ the Pharmaceutical Management Agency (PHARMAC), if prices for therapies and access to key drugs are to be protected, say researchers behind a new study.

Over two decades, v is for viagra the remixes download New Zealand has managed to reduce spending on drugs significantly and consistently despite maintaining access for its population to key treatments. As such, it is an outlier among the world’s richest nations: no other OECD country has managed to achieve this.

The investigation from researchers at the universities of Bath and Durham suggest New Zealand’s success can largely be ascribed to its drug agency PHARMAC. PHARMAC is unique because it not only assesses drugs scientifically, but also negotiates their prices with pharma companies.

Its equivalent in England is NICE, however whereas NICE focuses on the scientific assessment of drugs, price negotiations with drug companies rest with NHS England. There is speculation that given the attractiveness of the UK as a market for multinational drug companies, new trade deals being agreed by the UK could undermine NICE’s ability to assess new drugs and determine whether they represent value for money.

For example, the researchers argue that if trade deals grant pharmaceutical companies new powers to challenge NICE’s decisions through new forms of appeals mechanisms this could be a ‘game changer’, providing companies with additional tactics to drive up prices.

Their study, which involved analysis of policy documents produced alongside New Zealand’s trade talks with other countries, freedom of information requests and interviews with key experts and policymakers, points to what could go wrong with drug prices and drug access in the UK post-Brexit.

Researcher, Dr. Piotr Ozieranski from the University of Bath’s Centre for the Analysis of Social Policy explained that “the implications of this study are particularly important post-Brexit and especially in the context of trade policy because of the potential impact these new deals will have on drug prices. The key issue is whether NICE is sufficiently protected for the independent, expert analysis it gives to ensure value for money for the NHS.

“Another key lesson from the study is that not only is PHARMAC protected from commercial influence, it is also trusted with maximum flexibility in negotiating drug prices with manufacturers. Depending on the situation, it can negotiate prices before a drug even reaches the market or, conversely, stall negotiations until it is about to lose patent protection and become cheaper. It also encourages price competition among companies by setting up competitive tenders and play-offs, as well as negotiating with multiple applicants at the same time.”

Ben Main from the University of Durham, commented that “New Zealand’s success in ensuring continued access to drugs whilst consistently driving down prices is not by accident; even more so because, unlike the UK, New Zealand cannot use the argument of a large population to secure lower prices. PHARMAC is a brilliant negotiator and uses flexibility to achieve good deals. Healthcare policymakers in the UK can learn from this model.

“However, our work raises an important question for UK policymakers: Is it worth granting NICE extra powers that would allow it to emulate some of the tactics used by PHARMAC? While price negotiations are typically shrouded in secrecy, New Zealand’s evident success suggests that experts can be trusted not only with evaluating drugs scientifically but also striking favorable deals with the industry.”

The paper also highlights the importance of protecting NICE from political interference.

Ben Main added that “crucially, PHARMAC wields much policy authority, which is bolstered by social and political support even though some of its decisions may at times deny access to promising drugs to some patients. This contrasts with NICE’s position, which on occasions has been challenged by politicians and NHS officials wanting to secure funding for specific therapies which did not pass—or were unlikely to pass—NICE’s evaluation criteria. By and large, PHARMAC is not part of party politics.”

Main also draws attention to how the industry has sought legal changes to the way PHARMAC operates. “One key lesson surrounds the issue of transparency. In other institutional contexts a lack of transparency surrounding decision making is a criticism leveled at policymakers. What we see is that over the last decade in New Zealand there is ‘transparency’ on industry’s terms—a weapon to offset PHARMAC’s authority—and a lack of transparency on PHARMAC’s terms which has enabled their spending model and offset industry’s dominant market position.”

New Zealand’s policymakers have sought to insulate PHARMAC’s power by legally exempting its decisions from being potentially challenged as ‘anti-competitive’ by drug companies (Section 53 of the New Zealand Public Health and Disability Act 2000). On top of this, after lengthy negotiations, New Zealand refused to sign a Trans-Pacific Partnership treaty with the US, whose ‘transparency and disclosure requirements’ included provisions which could be used to challenge PHARMAC’s decisions.