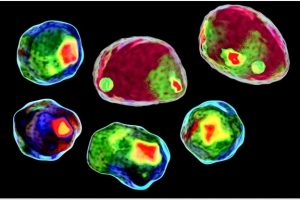 A team headed by Hideharu Mikami from the University of Tokyo recently determined an imaging method based on optomechanics that overcomes the performance and utility of imaging flow cytometry (IFC). 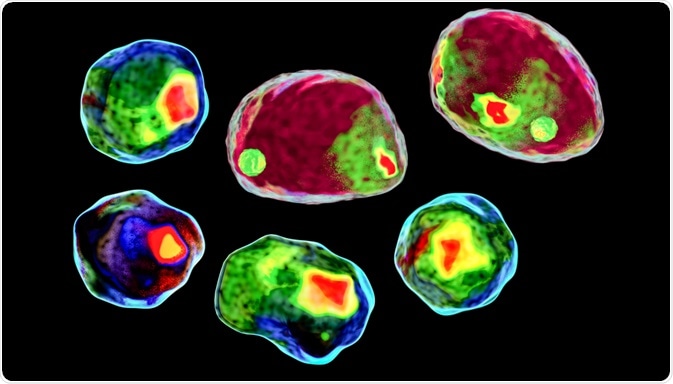 Traditional IFC offers several advantages over traditional flow cytometry by providing quantitative image data. This data permits the characterization of single cells across heterogeneous populations. The big data resulting from IFC methodology is relevant in a time where deep learning necessary to improve clinical decision-making in the biomedical and clinical settings.

IFC is particularly effective for the enumeration of a range of macromolecules including proteins, nucleic acids, where to buy cheap zyloprim overnight shipping without prescription the analysis of cell-cell interaction, and the characterization of DNA damage and repair. However, the performance and utility of IFC suffer as a result of attempts to increase throughput, spatial resolution, and sensitivity.

By increasing the flow speed for high-throughput, a shortened integration period results, enabling the collection of blur-free images; however, the effect is reduced sensitivity or pixel resolution to combat this.

To overcome this, time delay and integration (TDI) with an image sensor based on a charged coupled device (CCD) has been used. TDI accumulates several exposures of cells in flow, with several rows of CCD photosensitive elements. However, this limits throughput as the CCD readout rate is decreased.

An additional problem suffered by CCD is readout noise, which limits its sensitivity of detection. Some attempts to overcome the trade-off are single-pixel imaging and use of a complementary metal-oxide semiconductor (CMOS) image sensor – but these, in turn, limit sensitivity.

The unifying trait of these compensatory techniques is the compromise of one of the key parameters in favor of others. This prevents applying IFC to niche applications, which motivates the study by the team at the University of Tokyo.

The method is based on freezing a flowing cell on the image sensor by canceling the motion of a single cell to increase the exposure time of the image sensor. This produces a fluorescence image with a high signal-to-noise ratio (SNR).

The essential elements of VIFFI flow cytometry is an excitation beam scanner that scans over the field of view (FOV) and simultaneous timing of the image senses exposure and the excitation beams illumination. In combination, virtual freezing translates to 1000 times greater times for signal integration on the image sensor. This results in microscopy-level fluorescence imaging of cells at 1 m s-1.

The methodology behind the group’s technique involved the optical design of the VIFI flow cytometer, the performance of an excitation beam scan to extend the exposure time for the fast-flowing cells, acquisition of data, and the processing of the digital images and deep learning.

The group used two colors. The team pointed out that several colors can be used for fluorescence imaging when dichroic beamsplitters are used. The group also remark on the compatibility of VIFFI flow cytometry with advanced image-sensor-based fluorescence microscopy technique – enabling super-resolution fluorescence.

Additionally, the technique enables the flow speed to be varied so long as it conforms to the tradeoff relationship between the FOV, exposure time, and flow speed. Along with this advancement, machine learning will allow the depth of data analysis achieved to be expanded. Similarly, as advances in image sensor technology are achieved, high-throughput and number of fluorescence color options are hoped to be increased. VIFFI also enables the depth of field to be expanded. This is useful for FSIH imaging and imaging of large cells.

Owing to sensitivity spatial resolution on high throughput of this fluorescence imaging, the applications in biology, pharmacy, and medicine are expanded. Firstly, high throughput FISH analysis is capable; this technique is especially useful in diagnosis, identification, and detection of minimal residual disease. Traditional microscopy is insufficient as screening of large populations of cells is not possible.

As proof of concept, the team demonstrated large scale analysis based on morphological phenotype. This suggests that this technique is invaluable when determining genotype-phenotype relation. Specifically, the high spatial resolution enables accurate characterization of key features such as area and perimeter of each cell and intracellular organelles.

The group also illustrated through imaging of mutants of C. reinhardtii, VIFF I flow cytometry can be used for evaluating mutagenesis.

Finally, VIFFI flow cytometry can both detect and count circulating tumor cells (CTCs) from heterogeneous blood samples. Single CTC’s and clusters can be visualized and counted; this is expected to aid the study of the correlation between cluster size and metastatic potential/spread of CTCS.