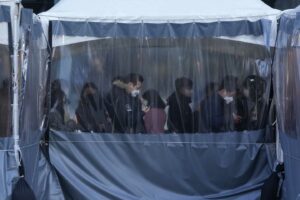 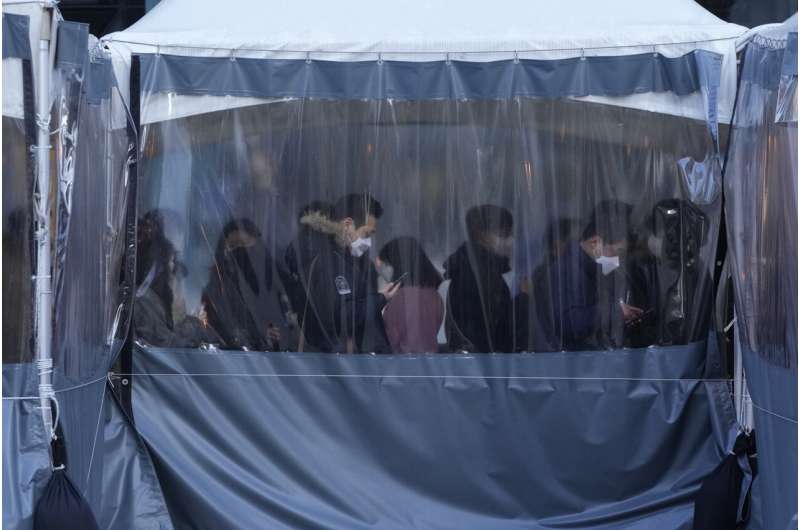 South Korea set a new record for COVID-19 deaths on Thursday as officials warned that the highly transmissible omicron variant could soon become the dominant strain.

In recent weeks, South Korea has been grappling with soaring infections and deaths after it significantly relaxed restrictions in early November as part of efforts to return to pre-pandemic normalcy.

The Korea Disease Control and Prevention Agency said a record 109 people died in the last 24-hour period, raising the country’s total number of pandemic fatalities to 5,015. It said the number of patients in serious or critical conditions also hit a fresh high of 1,083.

The agency said that additional 6,919 people have tested positive for the coronavirus, bringing the national caseload to 589,978. It said authorities have also confirmed 12 more cases of the omicron variant, pushing the total to 246.

The delta variant is currently accounting for a vast majority of the newly reported cases in South Korea, but that could change soon.

Senior health official Lee Sang-won said earlier this week that it’s possible the omicron variant would become the dominant strain in South Korea within one or two months. Jaehun Jung, a professor at Gachon University College of Medicine in South Korea, also said that “a meaningful (level) of infections caused by omicron could occur in our country in February or March.” 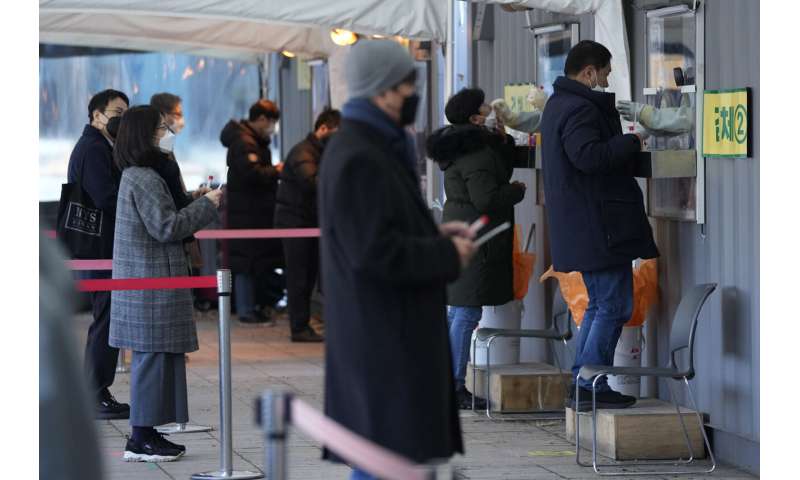 Alarmed by record-breaking surges of new infections and deaths, South Korea on Saturday restored its toughest distancing rules, such as a four-person cap on private gatherings and a 9 p.m. curfew on restaurants and cafes.

The surge has threatened to overwhelm hospitals and was straining the country’s health care.

Health Minister Kwon Deok-cheol said Wednesday that South Korea is at “a critical juncture” as the danger of its medical system reaching limits grows. He said breakthrough infections and transmissions among unvaccinated people are responsible for a rising number of critically-ill patients, which he said is much higher than the government had earlier expected when it eased distancing curbs at the start of November.

According to government data, 36 people have died at home or facilities while waiting for beds between Nov. 28 and Dec. 18. Other data show that as of Wednesday, about 80% of beds at intensive care units for COVID-19 patients in South Korea were occupied.