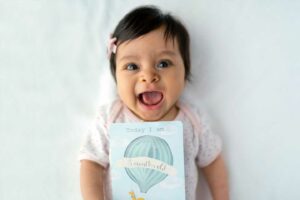 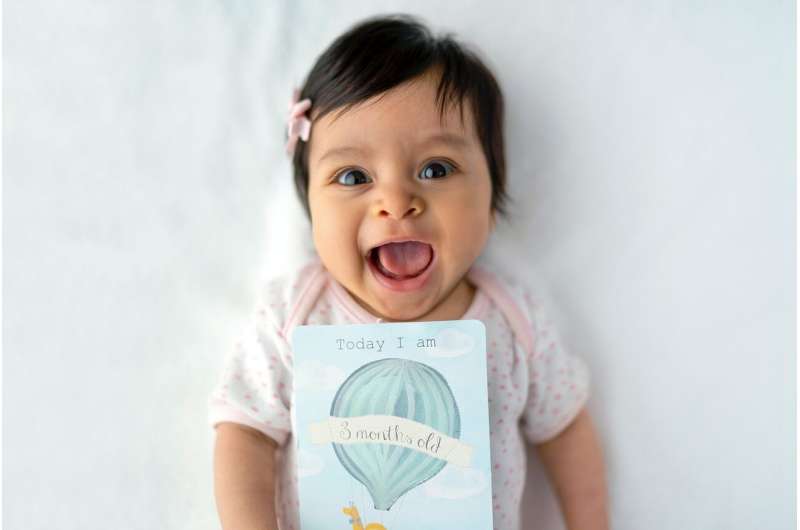 Even before infants can roll over in their cribs, research has shown that listening to language boosts their cognition. For infants as young as three months, listening to human speech supports their ability to form categories of objects (like “dog” or “bottle”).

In these first months, it is not just human language that can do this—listening to vocalizations of non-human primates like lemur calls also supports infant cognition. But by six months, infants’ responses to lemur calls fade out, and only listening to human speech continues to offer this cognitive advantage.

Woodruff Carr is a research specialist in the Institute for Policy Research (IPR). Waxman holds the Louis W. Menk Chair in psychology, is a professor of cognitive psychology and an IPR fellow.

“Measuring neural activity can reveal unique insights into the rapidly developing cognitive processes that are difficult to assess in preverbal infants,” said Woodruff Carr, the article’s first author. “These findings give us a glimpse into what goes on in the infant brain as babies begin to learn what sounds are for them and how language refers to the world around them.”

The researchers discovered emerging differences in infants’ neural activity. Human speech and calls from lemurs, who are some of humans’ closest evolutionary relatives, each engage early neural components of infants’ attention, but by the time they are 6 months old, they do so in distinct ways. Between four and six months, infants’ neural attention while listening to speech is enhanced, but their attention while listening to lemur calls is suppressed.

These results offer novel insights into how listening to language supports early cognition. They also illuminate the rapid organization of cortical networks in the infant brain for processing speech and language.

“This new evidence is exciting because it permits us to look ‘under the hood,” to discover how the infant brain is modulated by listening to language,” Waxman explained. “Without non-invasive neural measures like EEG, we would not have been able to discover how infants so rapidly form the language-cognition link.”