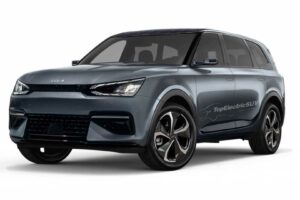 Think of it as the all-electric equivalent of the Kia Telluride with EV6 tech and design cues.

As with most mainstream car manufacturers nowadays, Kia has an entire family of EVs in the pipeline, and all of them will use Hyundai Motor Group’s E-GMP dedicated architecture.

Specifically created for EVs, the Electric Global Modular Platform has already spawned one electric car for the Kia brand, the EV6. However, six more are set to come, the Korean company confirmed in January when it teased a total of seven EVs planned for launch by 2027 that will be named EV1 to EV9.

Four of those will be crossover SUVs, including the already unveiled EV6. In individual teasers, Kia hinted at “a fun and practical commuter” and “a strong and bold SUV.” While the former will be a crossover the size of the Soul/Seltos, the latter is a three-row mid-size SUV similar in size to the Ioniq 7—or the Kia Telluride if you still think in ICE terms. 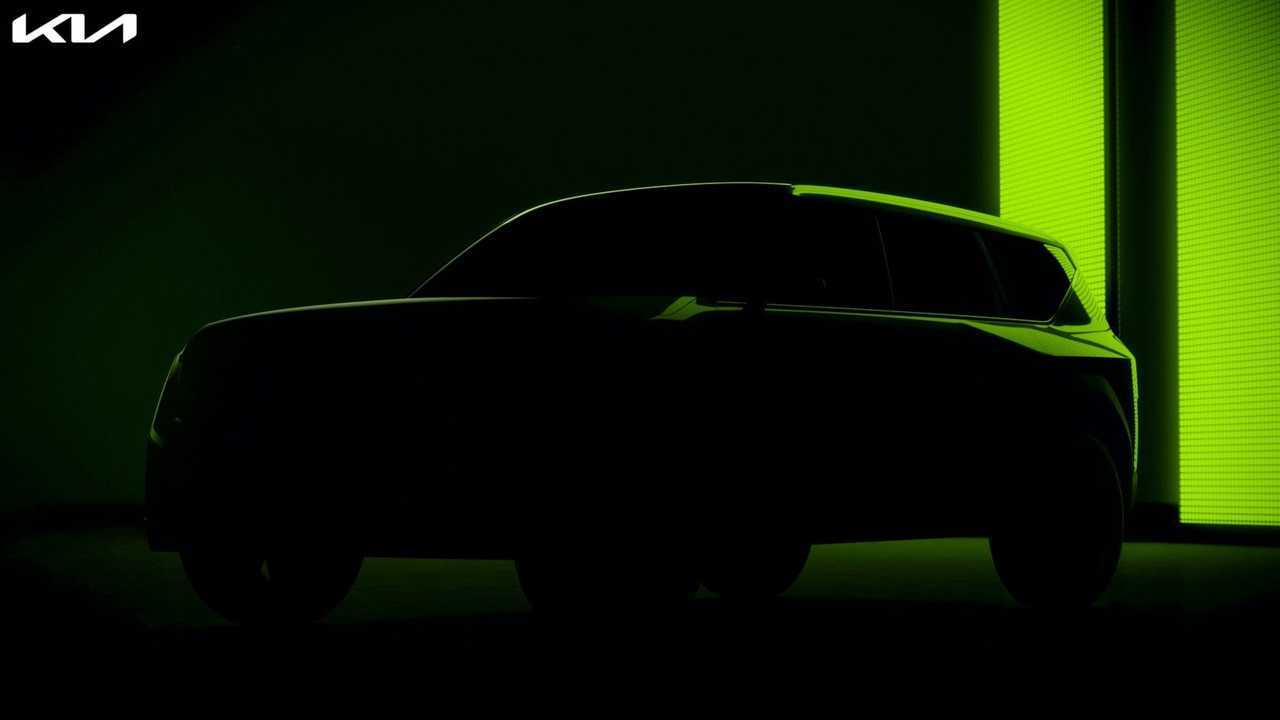 Today, we’re focusing on the latter, as we have an interesting rendering to share with you courtesy of TopElectricSUV. Building on the official teaser image (see above), they imagined what Kia’s upcoming electric SUV will look like, reasonably assuming it will borrow design cues from the EV6.

The three-row EV will look more conventional than the EV6, though. Rumored to be called either EV7 or EV8, the new model boasts the same “Opposites United” design philosophy in this illustration, with highlights including the “Digital Tiger Face” where the grille and the sleek LED headlights are intertwined, the high, flat hood, flush door handles, and side cameras instead of mirrors.

The large side windows, conventional roofline, and almost straight waistline suggest a roomy cabin for the entire family.

According to reports from Korea, Kia’s three-row electric SUV is expected to arrive sometime in 2023-2024. No other details are available regarding this model, and test prototypes haven’t even been spotted yet. Still, given its size, it’s reasonable to assume it will get the largest battery pack options supported by E-GMP and the 800-volt charging capability.