Will Tesla's Reduced Wait Times In China Impact Its Stock? 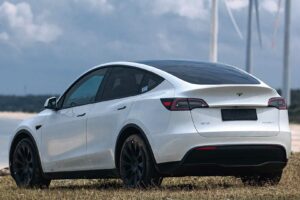 Posted on EVANNEX on September 20, 2022, by Peter McGuthrie

As Tesla continues to prioritize production output at its Gigafactory Shanghai, the automaker’s wait times have been dropping in China as it begins catching back up to demand. Most investors know that China is an important market, and the shift to reduced wait times on electric vehicles may or may not be significant when considering the company’s share price.

Before, the shortest wait time for a Tesla in China is with the entry-level Model Y, which estimated a delivery time ranging from one to four weeks. Now, all Model Y and Model 3 variants have estimated delivery times as low as one week.

The longest wait times for its models are the Model Y AWD Long Range and Model Y Performance, each with an estimated delivery ranging from 1 to 10 weeks — down from as much as 14 weeks earlier this week.

Tesla has dropped delivery estimates in China three separate times since completing its production upgrades. Additionally, 14 weeks is quite the improvement considering some of Tesla’s models were expected to take 20 weeks just last month.

The drop in wait times could indicate multiple different things for Tesla’s stock, and bulls and bears are likely to argue one way or the other. For one, many investors are looking at demand to help predict the market’s future, and falling wait times could point to a decrease in demand overall.

Still, the wait times began decreasing within a month of Tesla’s production upgrades at Giga Shanghai, and bulls are likely to debate that the drop represents this production increase and not a drop in demand — especially with Tesla’s impressive August delivery numbers. Additionally, Tesla’s Giga Shanghai became less strained with the ramp-up of production at Gigafactory Berlin-Brandenburg, since that factory can now accommodate European orders.

No matter which way you spin it, however, delivery expectations for much of the Chinese auto market — including EV startups and Tesla rivals Li Auto, NIO and Xpeng Motors — significantly underperformed. Meanwhile, Tesla nearly doubled its total manufacturing potential worldwide between Gigafactories Shanghai and Berlin.

Only time will tell how Tesla’s reduced wait times will affect its stock, but consumers could also be incentivized to buy EVs with wait times that decreased by more than a month. According to statements made during Tesla’s second-quarter earnings call, CEO Elon Musk also seems to think that the drop in lead times is crucial, calling the automaker’s long backlog of orders “annoying” for customers.

“That’s annoying. It’d be like go to a restaurant and you order a burger and you have to wait 3 hours and like,” said Musk. “You want to get your burger right away. Same with the car. So we want that lead times to reduce.”