What To Expect At Tesla's Upcoming Battery Day: Let's Explore 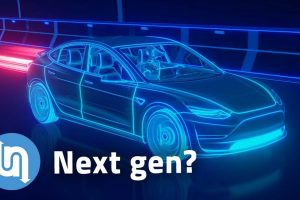 We don’t know for sure what Elon Musk has up his sleeve, but it’s not hard to speculate based on hints and other details.

“EV detective” Matt Ferrell of Undecided with Matt Ferrell dives into his expectations about Tesla’s upcoming Battery Day on September 22, 2020. His well-researched commentary mentions various hints Tesla dropped during its quarterly earnings call. The details are centered around cell production, scaling manufacturing, electric range improvements, and reduced cost and prices. Ferrell asks if Tesla is going to pull something from Apple’s playbook.

We’d like to think that if Tesla didn’t have something substantial and groundbreaking to share, it wouldn’t even be hosting Battery Day. The event was pushed back multiple times. The company could easily blame the COVID-19 pandemic and say it’s just not ready or it wants to wait and do the event in person at a later date. It certainly has a very full plate right now. Skeptics would attack the company yet again, but most owners, long stockholders, and fans would likely understand. However, instead, Tesla is moving forward with Battery Day in a virtual format.

This is interesting due to Elon Musk’s earlier feelings about the virus, pushing to reopen as quickly as possible and playing down the virus’s threat as a whole. He must really want the event to go on, even if not as originally planned. Perhaps he also hopes to appease people and calm their fears by having an event with minimal invites and a virtual component. Not getting sick is a priority for many as well, including Musk and his employees.

With all of that said, what exactly will be revealed? Almost certainly more information about the ‘Roadrunner Project’ and facility. Possibly some more talk about a million-mile battery, new chemistries, longer vehicle range, etc. What about upcoming models, as well as a major refresh or overhaul of some existing models? What about Maxwell, the Plaid powertrain, battery recycling, vehicle-to-grid, and the list could go on and on.

Ferrell compiles all the information that’s already known, along with hints, rumors, expectations, and some obvious assumptions to start a conversation about what we can expect. We’re just as interested to know your personal expectations. Check out the video and then leave us a comment below.