Home » Car Reviews » What Does GTO Stand For?

What Does GTO Stand For? 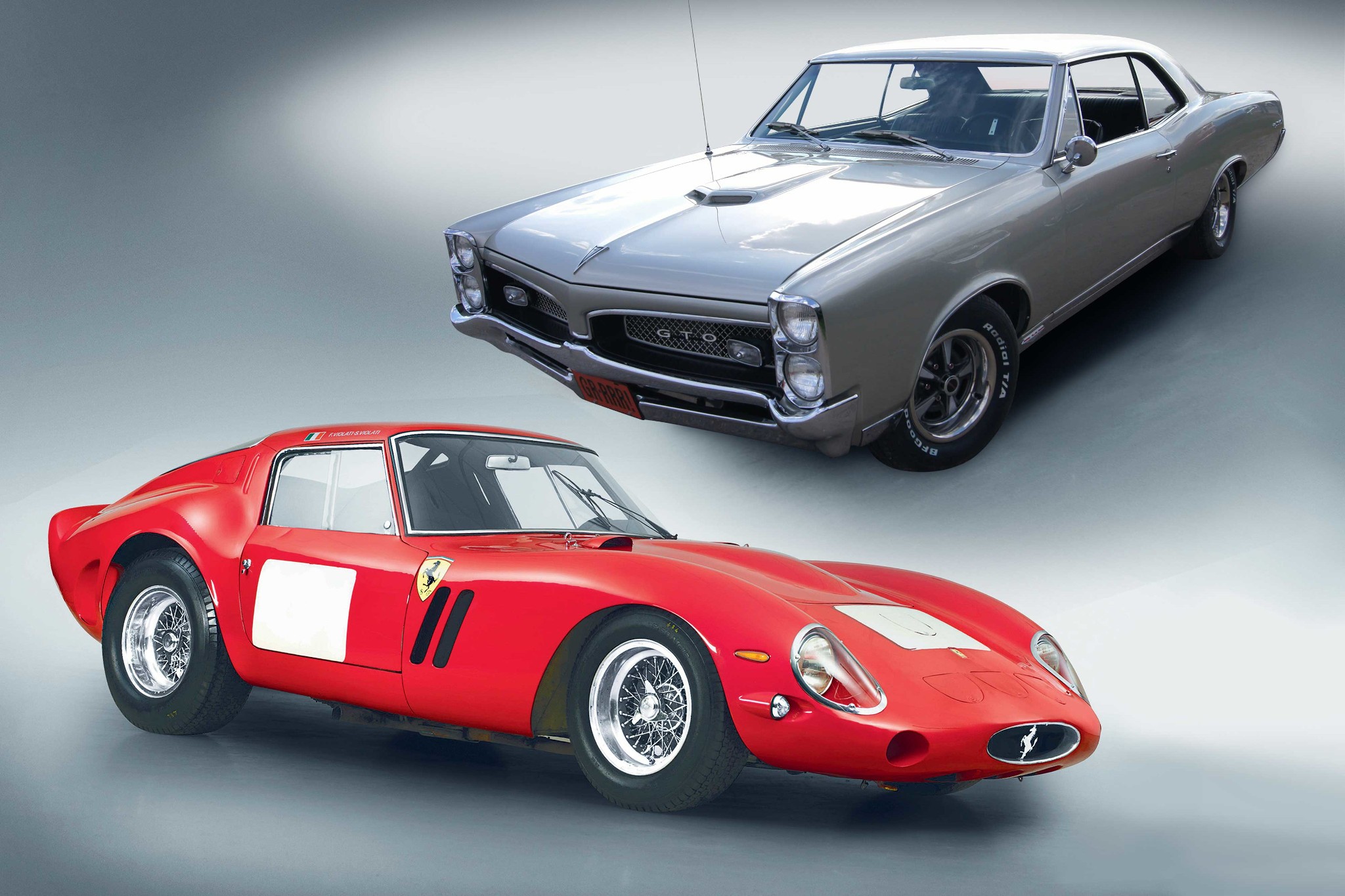 GTO stands for Gran Turismo Omologato in Italian (Grand Touring Homologated in English). While the initials may be most closely associated with the 1960s Pontiac GTO muscle car, the origin — the reason for the Italian translation — actually traces back as a car name to Enzo Ferrari and his classic Ferrari 250 GTO.

Grand Touring refers to a road-racing class for legal touring cars with at least limited production and public sales — not one-off racecars. Homologated refers to the process of getting such cars approved as meeting the technical specifications and the minimums for production and sales. The latter can be a low bar, allowing a small number of cars essentially built for the track, not the street.

For that money, you could get literally hundreds of the more common Pontiac GTOs, colloquially  known as “goats.” The GTO was one of the original and best-known muscle cars of the 1960s and ’70s — modest intermediate-size cars hot-rodded with big V-8s — and as of this writing, we have around 40 from that era listed on Cars.com, most for well under $100,000.

The GTO started out in 1964 as an option package for the Pontiac LeMans before becoming a separate model, and was built by GM until 1974. The name was briefly revived from 2004 to 2006, but for a rebadged car from Holden, GM’s Australian subsidiary.

Credit for GM’s GTO name generally goes to then-Pontiac chief engineer John DeLorean — the man later behind his own sports coupe and “Back to the Future” ride. He and his engineers had the idea of dropping a 389-cubic-inch V-8 (and later even bigger V-8s) from full-size Pontiacs into the smaller and lighter LeMans.

Whether the name was a ripoff of the Ferrari name is unclear — but can it be a coincidence that the Ferrari 250 GTO had just been such a success at, yes, Le Mans? Another European connection was the Pontiac GTO’s front fender engine badge that read “6.5 LITRE” — metric measure and European spelling — at a time when U.S. displacement was routinely given in cubic inches, including the GTO’s 389 (which oddly is actually 6.4 liters).