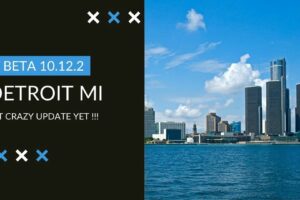 We’ve been following YouTube channel Detroit Tesla‘s videos with each update of Tesla’s Full Self-Driving Beta technology. FSD Beta tester Toni Ezero has been putting together lengthy videos of the advanced driver-assist system at work in downtown Detroit, and while he’s been impressed in many cases, he’s also been quite critical of the system.

Some Tesla fans have even gone so far as to hassle Toni for his criticism of FSD Beta, even when the video footage provides proof of the technology’s struggles. That said, we appreciate FSD Beta videos that are critical. We all know the system is far from perfect, and it will likely take plenty of criticism and suggestions from Tesla owners before it improves exponentially.

At any rate, Toni’s Tesla just received the latest FSD Beta update 10.12.2. If you’ve been following the information related to the updates, you may be aware that this is one of the most extensive updates to date. CEO Elon Musk noted before its release that it would have a lengthy set of release notes, and that has proven true. In addition, the vast majority of the FSD Beta testers we follow have agreed that it’s a major step forward compared to previous versions.

Despite Toni’s critical nature, he also agrees that the latest version is a clear improvement. He says he’s not sure what Tesla’s FSD team has done differently, but it seems the AI is developing a much more “human” style of driving that exudes confidence. While that confidence can be a good thing in many situations, it can also cause concern.

Toni points out that the super-confident version of the FSD technology seems capable of handling most situations. However, he admits that in certain situations, the technology’s overconfidence often leads to confusion. He says if Tesla can dial in that confidence across an increasing number of situations, he definitely sees Level 3 autonomy as a solid possibility by the end of the year.

Give the video a watch to get a better idea of the precise situations Toni is referring to. Then, share your takeaways with us in the comment section below. Do you think Tesla will achieve Level 3 autonomy by the end of the year? Could FSD Beta be even more capable than Level 3 sooner rather than later, or will it continue to struggle with the edge cases?