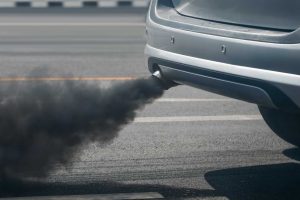 Not only are states jumping on board with California but also considering more aggressive plans.

Back in 2015, Tony Seba wrote a book that predicted the demise of the oil economy by 2030. At the time, even many clean-energy advocates considered the date over-optimistic, but now it’s beginning to look as if he might just have been onto something.

Washington may soon become the third US state to fix a date for the phaseout of oil-burning vehicles, and it’s the most ambitious one yet. The state House Transportation Committee has voted 17-12 to advance a bill that would require all light-duty vehicles of model year 2030 and later registered in the state to be electric.

The proposed pair of bills (HB 1204/SB 5256 aka Clean Cars 2030), which are currently being considered by committees, would allow only pure EVs and fuel cell vehicles to be sold, and would apply to light-duty vehicles weighing under 10,000 pounds (emergency vehicles and motorcycles are apparently not included).

Several countries around the world have set deadlines for the end of ICE vehicle sales. Here in the US, California got the game going last September with a 2035 target date, and Massachusetts later followed suit. While these were important symbolic moves, EV advocates have noted that a plan with a 15-year timeline is really no plan at all, as the decision-makers who approve it will be out of office long before any steps need be taken to implement it.

Washington’s deadline is much more significant—less than nine years in the future (model-year 2030 vehicles would typically go on sale in late 2029). More states will surely soon jump on the electric bandwagon, and hopefully they’ll adopt Washington’s more realistic date, or even raise the stakes by another year or two.

Electrek notes that the Evergreen State is an EV-friendly region for several reasons—its electricity prices are the second-cheapest in the country, and its hydro-heavy grid is one of the cleanest.