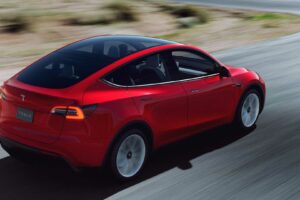 Washington State Governor Jay Inslee has signed into law a bill requiring all new cars registered in the state to be electric by 2030. The Clean Cars 2030 measure, part of the $16.9-billion Move Ahead Washington transportation package, sets the most aggressive state target in the US for the phaseout of gas-powered cars—five years ahead of California’s 2035 deadline—and establishes an interagency council to devise a plan for achieving the goal.

A coalition led by Coltura, a nonprofit focused on phasing out the use of gasoline, directed the campaign that led to the passage of the measure. In 2017, Matthew Metz, founder and Co-Executive Director of Coltura, published an op-ed praising a bill that called for a 2040 ICE phase-out in California, and calling for Washington state to follow suit. “Crazy” was one of the kinder words used in the media reaction that followed. A few years later, some 25 countries and several US states have announced plans for phase-outs, and the idea no longer seems so crazy.

According to Coltura, Clean Cars 2030 will spur a comprehensive planning process for Washington to get ready for 100% vehicle electrification, clarify the direction of the state’s EV market for local governments, automakers and other stakeholders, and incentivize private-sector investment in EVs and infrastructure.

“With the passage of Clean Cars 2030, the era of gasoline-powered cars now has an end date in Washington,” said Metz. “Clean Cars 2030 sets Washington on a nation-leading path toward a fully-electric automotive future.”

“Passing Clean Cars 2030 will create a clear path forward for the future of the electric vehicle transition in our state,” said Senator Marko Liias, one of the bill’s sponsors. “This part of our Move Ahead Washington plan will create a timeline with the data, tools and guidelines that every sector from governments to businesses can plan for with confidence.”