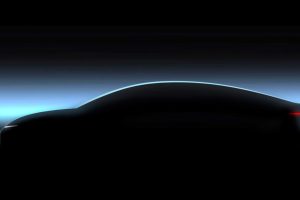 More details of Strategy Accelerate will likely be given during Volkswagen’s Power Day.

Last week, Volkswagen announced Strategy Accelerate, a plan to increase its market share of EVs to more than 70 percent in Europe by 2030, and over 50 percent in the US and China. If the company wants to achieve this, it will require about 300-gigawatt hours worth of batteries a year by the end of the decade. This is according to a report by Reuters.

By 2025, Volkswagen expects annual demand will be more than 150 GWh in Europe. The automaker currently has battery deals with LG Chem, Samsung SDI, SK Innovation, and CATL. Volkswagen’s Power Day is scheduled for March 15th, which is when Volkswagen CEO Herbert Diess will outline the company’s battery and charging infrastructure strategy.

Volkswagen’s stock price recently hit its highest level in nearly six years because of the company’s recent and bold commitments to its future of electric mobility. Catching up to Tesla is another reason Volkswagen will be investing large amounts of money into its new strategy.

“We think both Tesla and Volkswagen are at the forefront, in different areas though. Tesla is clearly leading on the battery side, including the battery pack integration in the vehicle,” UBS analyst Patrick Hummel told journalists this week.

“But Volkswagen has put what we think is the best scalable EV platform on the road. Very cost efficient and really covering all segments from compact cars to large SUVs.”

The report also mentions an estimate from Berstein Research:

If the analyst is correct, $24 billion annually is an incredible amount of money, but Volkswagen is just one of many automakers looking for a future supply of batteries. Most major automakers have made big EV commitments for the future but who will supply all the batteries?

“We could very much see a situation similar with semiconductors when you start to have conversations about cell supply disrupting … production plans,” UBS analyst Tim Bush said.