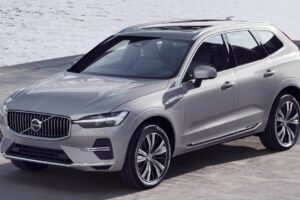 In line with its ambition to have a fully electric model line-up by 2030, Volvo’s assembly plant in Ridgeville, South Carolina will become its first to assemble only electric vehicles, ahead of other Volvo facilities to do so in Europe and China, Volvo Cars CEO Hakan Samuelsson told Automotive News.

Volvo brand Polestar will be manufacturing its first SUV model, the Polestar 3 at the Ridgeville facility, which will be built on a new generation of vehicle architecture by the Volvo Car group. This will be joined by a fully electric version of the XC90 at the facility, it reported.

The Ridgeville facility has been operating well below its 150,000-unit annual production capacity, having built less than 26,000 S60 sedans last year through the pandemic, according to Automotive News, citing data from LMC Automotive. In addition to the Polestar 3 and the battery-electric XC90, LMC Automotive also forecasts that the fully electric, next-generation XC60 could be built at Ridgeville from 2024. “We are convinced the premium car market will be electric, and [by going all-electric], we believe that is going to secure a better business, better profitability for us, because being a sustainable brand is making us more premium,” Samuelsson said.

The ramping up of volume through the production of pure EVs from the Ridgeville plant isn’t to drive exports as Mercedes-Benz and BMW have done with their own assembly plants in the region, and instead Volvo is taking a “build where you sell” approach, according to the report.

To this end, Volvo’s output from Ridgeville will be to supply mainly the Americas, said Volvo Cars head of industrial operations Javier Varela. “The intention is not to build a super hub for exporting from here. It is to have a facility that can deliver to this market and then contribute with flexibility to deliver to other markets,” Varela said.

Producing vehicles in North America for the American market also shields Volvo from trade wars and the resulting tariffs, the report noted. Importers into the United States face a 27.5% tariff on vehicles made in China, which has been a key reason behind Polestar’s decision to build its first crossover in Ridgeville, according to Automotive News.

There are also benefits to the environment from producing vehicles where they are intended to be sold, said Polestar CEO Thomas Ingenlath, who noted that it is a “very favourable setup” for reducing the CO2 footprint where the processes are involved.

That said, the initial output of the fully electric XC90 will be for global consumption, with Volvo executives having said that the Ridgeville plant has the capacity to supply overseas markets if required. The fully electric version of Volvo’s large SUV will first be exported to Europe, and then “possibly China”, Varela said.

Volvo’s US$700 million (RM2.9 billion) investment includes the addition of a second assembly line at the Ridgeville plant, along with a battery pack assembly plant. Separately, the automaker is entering into a 50:50 joint venture with Swedish battery producer Northvolt that will start with the construction of a research and development centre in Sweden from 2022.