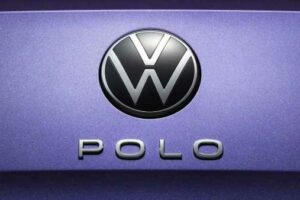 With tightening emissions regulations on the horizon, Volkswagen has confirmed that it will end sales of vehicles with internal combustion engines by 2035. The company’s board member for sales and marketing Klaus Zellmer broke the news in an interview with the Münchner Merkur newspaper.

Asked if Wolfsburg will follow subsidiary Audi’s footsteps in ceasing petrol and diesel engine production by 2033, Zellmer said, “In Europe, we will exit the combustion engine vehicle business between 2033 and 2035, and a little later in the USA and China.”

This is in response to a new proposal reportedly being discussed in the European Commission to cut overall carbon dioxide emissions in the continent by 60% – up from the 55% agreed to just last April – and going all the way down to zero emissions by 2035. The latter would effectively make it impossible to sell vehicles with internal combustion engines in Europe.

Zellmer claimed Volkswagen is prepared to go much further than even this possible tightening of regulations. “In Europe, we will increase the share of battery-electric vehicles in total sales to 70% by 2030 – 10% more than the legislature would then prescribe,” he said. The company will employ different strategies depending on specific market requirements, with the ultimate decision resting on customer demand. “There will be markets in which only battery electric vehicles will be permitted at an earlier stage, think of Norway.

“And there will be markets in which battery electric vehicles would make little ecological sense, because the electricity will also be generated primarily from coal in the future. That is why we have to allow ourselves a certain amount of leeway with combustion engines and battery electric vehicles. In the end, the freedom of choice always rests with the customer,” Zellmer said.

To spur demand for electric vehicles, Volkswagen will begin rolling out a subscription service for the ID.3 in Germany in the summer. Zellmer said this offering will target younger customers who are looking for more flexible alternatives to car ownership, with the company expecting non-traditional buying methods to account for around 20% of sales by 2030. “In other words, a car when you really need it: for hours, days, weeks, months or one or more years. What used to be completely normal – buying, registering, caring for and driving – is now less interesting for many younger people. Already today, more than 50% of our vehicles in Germany are handled through leasing contracts. With the subscription model we are now making another very flexible offer for these customers.”

Despite all this, Volkswagen is still committed to continuing development on internal combustion engines to meet the still-high demand for them. Responding to a question about whether the company will discontinue diesel engines in the face of ever more restrictive legislation, Zellmer said, “We will need combustion technology for a few more years. We will therefore continue to invest in optimising our powertrains.

“Of course, this also applies to diesel. With a view to the possible introduction of a Euro 7 standard, diesel is certainly a particular challenge. But there are driving profiles for which diesel engines are still very much in demand, especially among customers with high mileage.”