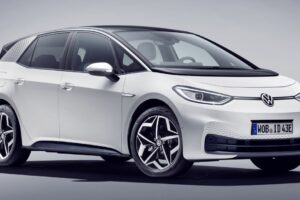 Volkswagen’s seemingly harmless April Fool’s joke has caused quite the PR nightmare, as the company now finds itself being investigated by the US Securities and Exchange Commission (SEC) and whether or not the PR gag has influenced its stock market price.

According to a report by Der Spiegel, the Volkswagen Group confirmed that the SEC had requested information from its subsidiary, Volkswagen Group of America. The investigations are at an early stage, and the automaker is cooperating with authorities.

On March 29, VW America announced in an unintentionally unfinished press release that it would officially rename itself to “Voltswagen” beginning April 29, seemingly as a bid to mark its electric offensive.

A finished version of the press release was later issued, complete with a quote from VW America’s CEO Scott Keogh who celebrated the name change. Links to this press release were also emailed to various high-profile journalists in the industry. This caused a media firestorm – major news outlets were furious and accused Volkswagen of misleading them. The automaker said the gag, however unusual, was “justified” because it had just launched the ID.4 electric vehicle in the country. The joke was also supposed to be about “having fun,” and it was not meant to influence the company’s stock market price.

Der Spiegel said the Voltswagen stunt is considered a failure and many leading US media are upset. The bogus press release has also cost the group’s credibility, and internal corporate guidelines may have been violated as well. It was soon reported that the ruse was developed by VW’s lead marketing agency Johannes Leonardo.