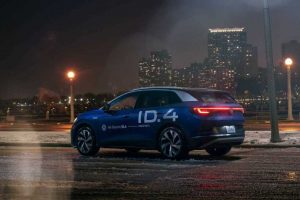 Volkswagen announced today that the entry-level version of the ID.4 model – the ID.4 Pro –  has officially received an EPA-estimated range rating of 260 miles (418 km).

We guess that the entry-level version is simply lighter. We are now waiting to get into the official EPA documents as the manufacturer’s press release does not include all the details.

Here is a brief comparison of the Pro and Pro S versions that reveals the differences in range, efficiency, and prices: