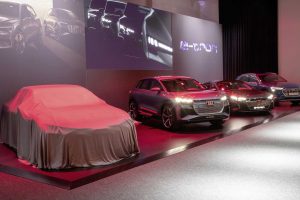 Volkswagen Group is paying close attention to Tesla to figure out how it can succeed going forward.

According to Autocar, Volkswagen Group will move to a single EV platform for most cars from most brands in the future. The new platform will replace the current MBE and PPE architecture. VW is developing it via its Project Trinity.

Autocar says VW launched Project Trinity with the specific intention to develop its upcoming Scalable Systems Platform (SSP), which is “heavily based” on the MEB and PPE architecture. VW calls the SSP architecture “fully digital and highly scalable.”

Volkswagen doesn’t plan to implement the new SSP platform until 2024 or 2025. It will first launch as part of Audi’s Project Artemis. In an interview with Autocar, VW Group chief Herbert Diess shared:

“The SSP platform will replace the existing platforms over a long period of time. The start-up will begin with Artemis in 2024/2025. We’re taking what we’ve got with the MEB, and we’ll have cost improvement and standardisation of the battery, which goes hand-in-hand with a new electronic architecture providing more computing power to the vehicles. The SSP will eventually be the single backbone for the Group, we’re talking beyond 2035 here.”

Keep in mind, we just reported the other day that Diess wants VW to develop and produce its own in-house software, much like Tesla. He said third-party fixes are not the answer. The new SSP platform, while still far off, may serve as a major part of that plan. It has a focus on standardized platforms for software, batteries, and mobility services among most VW Group future models.

Diess pointed out that this platform sharing will help increase economies of scale, which VW Group must lean on to succeed in the segment. The automaker has also made significant investments in its “Car. Software” division, with plans to launch a next-gen VW operating system to coincide with the SSP architecture.