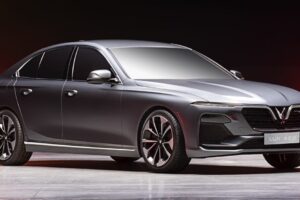 Vietnamese carmaker VinFast has reported one of its customers in Vietnam to the police for comments he made on a YouTube video about the quality of his vehicle from the carmaker, Reuters reported.

The vehicle owner, Tran Van Hoang with 455,000 followers on his YouTube channel, uploaded videos about his VinFast Lux A2.0 sedan containing “untrue content” which “affected the reputation of VinFast,” the carmaker said in a statement earlier this month.

“Although Tran Van Hoang proactively removed those clips, we saved all the evidence and have sent our complaints to the police. The police have received our submission and have scheduled a time to work with Mr. Hoang,” the statement read.

The carmaker issued a statement to Reuters, saying that it had “sufficient grounds to prove that it was not just a normal complaint. This is the first time we have reported someone to the authorities in order to protect our reputation and our customers,” said VinFast.

Should a similar incident occur in the United States, a market which, along with Europe, VinFast aims to enter in 2022, it will also aim to protect its legal rights “in accordance with local law,” VinFast added. An official at police headquarters in Ho Chi Minh city contacted by Reuters said they were unaware of the case, while Hoang, the customer and YouTuber in question, declined to comment, the news wire added.

In addition to its planned entry into the North American and European markets, VinFast has also aimed for a listing in the United States at a valuation of up to US$60 billion (RM246 billion), Reuters reported previously. Parent company Vingroup considered a public offering of VinFast which could raise around USD2 billion (RM8.3 billion), it was reported last month.

VinFast aims to market its electric SUVs with North America with a battery leasing scheme in hopes of luring customers away from General Motors and Tesla, Reuters reported previously. Pricing could be through a monthly sum equivalent to what an average customer might spend on petrol, and VinFast will replace the battery pack when 70% of its full lifespan is reached, VinFast CEO Nguyen Thi Van Anh said.