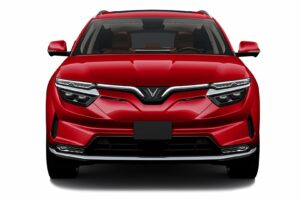 For a company that didn’t begin building cars until 2019, VinFast is sure moving, uh, quickly. Just last month, the Vietnamese automaker announced plans to build a plant for its electric SUVs (as well as buses and batteries, because why not?) in North Carolina. And now there’s word, via Reuters, that VinFast is planning a U.S. initial public offering. The company reportedly wants to raise $2 billion, a source told Reuters.

That’s big money, but it doesn’t hold a battery powered candle to Rivian’s recent IPO, which netted a $100 billion valuation (before reports of a “toxic bro culture” and a poorly conceived pricing hike adjusted the company’s worth). Building cars is expensive, though, and even though VinFast is a going concern it’s not entirely clear how much money the company will need to put up to ensure long-term success selling in the U.S. After all, look at the Lordstown Motors debacle.

VinFast’s first move in the U.S. market will be to sell the VF e35 and VF e36 battery electric SUVs. The former is roughly the size of a Tesla Model Y, and puts out 201 hp and 236 lb-ft of torque. The larger crossover is a seven-seater, with a predicted range of around 300 miles. The company’s short history reveals a variety of partnerships and influences, from the BMW-based, gasoline-powered initial vehicles to unusual mash-ups like the President, which pairs an older X5 chassis with a 6.2-liter V-8 sourced from GM. The GM connection, incidentally, has several threads, including VinFast licensing a vehicle similar to our Chevy Spark, buying a GM plant in Hanoi, and even purchasing the Lang Lang proving ground in Australia from GM. The company produces a wide range of vehicles, from e-scooters to buses.

Whether the IPO is successful, and what VinFast is able to do in the U.S. market, remain to be seen. But the company isn’t slowing down. Maybe the answer is right there in its name.