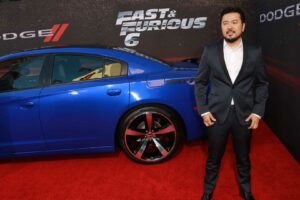 Just days into filming for Fast X, the tenth installment in the Fast and Furious franchise, director Justin Lin has left building. In an announcement shared on The Fast Saga’s various social media pages, Lin stated his departure as director of the new film, though he will remain as a producer.

“With the support of Universal, I have made the difficult decision to step back as director of Fast X, while remaining with the project as a producer. Over 10 years and five films, we have been able to shoot the best actors, the best stunts, and the best dam car chases. On a personal note, as the child of Asian immigrants, I am proud of helping to build the most diverse franchise in movie history. I will forever be grateful to the amazing cast, crew, and studio for their support, and for welcoming me into the Fast family.”

The announcement comes as something of a shock, considering filming for Fast X began just seven days prior. A quick check at the Internet Movie Database still shows Lin as the director, though he is listed as rumored. The announcement doesn’t offer a reason for the decision; Deadline reports the separation was friendly but there could’ve been some creative differences at play. At this time, It’s unknown who will replace him.

Lin is a veteran of the movie franchise, having directed over half of the Fast films to date. His debut came with The Fast and the Furious: Tokyo Drift, the third installment that opened in 2006. He continued with the fourth, fifth, and sixth movies, then returned as the director for the most recent movie, F9: The Fast Saga. He was also a producer and writer for F9, and executive producer for the sixth and fifth films.

If everything stays on schedule, Fast X should reach theaters in May 2023. The familiar cast is expected to return, joined by Brie Larson and Jason Momoa in as-yet unknown roles. As for the plot, that’s also unknown. Considering the previous movie saw a Pontiac Fiero fly into space, the sky is isn’t the limit for what the car-crazy heroes might encounter next.