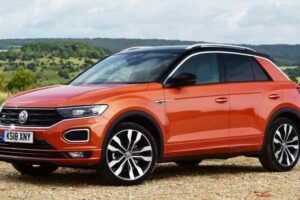 Volkswagen introduced its first SUV in 2003. That was the full-sized Touareg, which was followed five years later by the smaller Tiguan; the latter proved a hit with buyers who wanted a well-built car with efficient engines, a user-friendly cabin and discreet styling. So when VW launched its third SUV in 2017, it offered more of the same, but in a smaller package.

This car was the T-Roc, which became a big seller across Europe and the UK. It was based on the same platform as the Golf Mk7 (2013-2020), and featured the usual excellent VW ergonomics, smart design and user-friendly cabin. There was also a wide model range, so there should be something for pretty much everyone.

We got our first glimpse of the T-Roc in concept form in March 2014, but it wasn’t until October 2017 that the production car went on sale. Initially only petrol engines were offered, with buyers choosing between 114bhp 1.0 TSI, 148bhp 1.5 TSI and 187bhp 2.0 TSI units.

We wouldn’t steer you away from any of the engines or transmissions, because they’re all well suited to the T-Roc. Every trim level comes well equipped, but we’d say that the SE is the sweet spot in the range.

Alternatives to the Volkswagen T-Roc

There’s no shortage of T-Roc alternatives, including its SEAT Ateca and Skoda Karoq cousins, which share the VW’s mechanicals.

Also related are the Audi Q2 and Q3, which feel a bit more premium inside, but you’ll pay more to buy either of those. The BMW X1 and X2 are two more premium rivals that run the T-Roc very close, or if you prefer something from Mercedes, it’s worth considering the GLA.

Another compact SUV that gives the VW a very tough time is the Range Rover Evoque, with its posh badge and interior. However, Volkswagen treads the line between premium and non-premium brands, so don’t feel you have to go for only upmarket models. The Ford Kuga, Hyundai Tucson, Kia Sportage, Nissan Qashqai and Peugeot 3008 should not be overlooked. Nor should the smart-looking Mazda CX-5, which is also really enjoyable to drive.

Three special-edition T-Rocs – the Black, the United, and the Cabriolet Active – were all based on the SE model.

All T-Rocs come with a full suite of safety kit, including AEB and lane assist. The SEL and Design also feature a driver fatigue-alert system.

The T-Roc earned a fantastic score for reliability and build quality in our 2021 Driver Power owner satisfaction survey. A small number of engine and gearbox-related problems have been reported, but generally the T-Roc is solidly built.

The T-Roc gets an 8.0-inch touchscreen infotainment system, with Bluetooth, DAB radio and USB connectivity. Apple CarPlay and Android Auto are fitted to SE models and above. A 10.3-inch digital display replacing the physical dials is standard fit on SEL models and upwards.

We love the design of the T-Roc’s cabin, because in typical VW fashion, the dash is very easy to understand. Some of the materials are a bit disappointing, particularly the plastics found across the dashboard and doors, but there’s a decent amount of space, with enough room for a pair of six-footers in the back. T-Rocs feature a sliding rear seat; push it forward  and boot space is pegged at 445 litres; fold the back rest down and this jumps to 1,290 litres.

As with all Volkswagens, T-Roc owners can choose between fixed and flexible maintenance regimes. Whereas the former means a visit to the garage is due every 12 months or 9,300 miles, the latter pushes this up to every two years or 18,600 miles.

With the fixed option, services alternate between oil change and inspection, which are priced at £184 and £354 respectively; the flexible scheme means these are both due every other year, so while you don’t save any money, it means fewer visits to the workshop.

When a T-Roc reaches its third birthday it becomes eligible for Volkswagen’s discounted servicing packages, with minor and major services alternating between £184 and £354 respectively.

The petrol engines are chain driven, but the diesel units have a cambelt, which should be replaced every five years or 130,000 miles, at £494.

Volkswagen has recalled the T-Roc five times, the first in March 2018 because the owner’s manual issued up to January 2018 omitted key safety system information. November 2018’s recall concerned faulty software allowing the electronic parking brake to be released accidentally; the same fault also led to a campaign in April 2020, affecting T-Rocs built up to June 2018.

Rear seats with faulty headrests were the reason for a recall in December 2018. The fourth came in January 2019 because of a rear spoiler manufacturing glitch, which could lead to the two halves separating.

The T-Roc made its Driver Power debut in the 2021 new car survey, placing 24th out of 75 cars. That’s a reasonable result for a first appearance, but a 17th place (out of 29) in our Brands survey for VW is nothing special. T-Roc owners like their cars’ practicality, safety kit, reliability, infotainment, running costs, cabin design/ergonomics and value. They’re less keen on the quality and the T-Roc’s dynamic abilities.

In the UK, buyers certainly love premium brands (which Volkswagen almost manages to qualify as), and they’re also addicted to SUVs of any size. But it’s the smaller SUVs that are the most popular, so it’s hardly a surprise that the T-Roc proved a hit with buyers as soon as it arrived. Four years after the first T-Rocs. 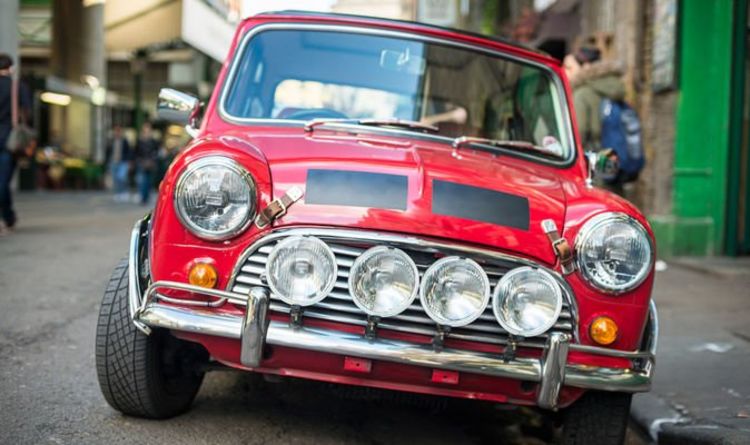