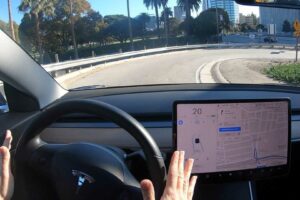 It seems it was really only a matter of time.

According to a recent report from Reuters, US automotive safety regulators have officially opened a safety probe related to Tesla’s Autopilot system and advanced driver-assist technologies. The probe comes after multiple crashes with emergency vehicles.

The probe covers approximately 765,000 Tesla vehicles in the US. The investigation will cover Autopilot tech in all Tesla vehicles – Model S, Model X, Model 3, and Model Y. Model years involved in the probe will range from 2014 to 2021.

The National Highway Traffic Safety Administration (NHTSA) is looking at a total of 11 crashes that have happened since January 2018, four of which occurred this year. According to the organization, the 11 crashes are those during which Tesla vehicles “have encountered first responder scenes and subsequently struck one or more vehicles involved with those scenes.” The crashes resulted in a total of 17 injuries and one fatality.

The most important part here is that according to an official NHTSA document:

“The involved subject vehicles were all confirmed to have been engaged in either Autopilot or Traffic Aware Cruise Control during the approach to the crashes.”

Moreover, the NHTSA points out that:

“most incidents took place after dark and the crash scenes encountered included scene control measures such as first responder vehicle lights, flares, an illuminated arrow board, and road cones.”

This isn’t the first time the NHTSA has looked into various Tesla crashes. The organization has led multiple special crash investigation teams where necessary. The NHTSA has reviewed some 30 crashes involving 10 deaths since 2016 as Tesla’s Autopilot system and/or other driver-assist features were suspected of being involved.

The official probe will dive into the functionality of Tesla Autopilot and related driver-assist systems. More specifically, it will analyze the methods Tesla’s vehicles use to monitor and assist drivers, as well as how the systems enforce driver engagement when Autopilot is activated.

The National Transportation Safety Board (NTSB) has spoken out about Tesla’s lack of appropriate system safeguards for its driver-assist systems in the past. According to the organization, Autopilot was engaged in at least three Tesla cars that were involved in fatal accidents since 2016.