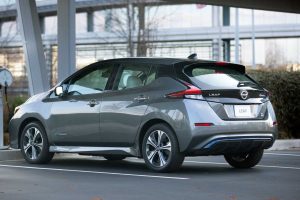 Anyway, the first quarter was also quite fruitful for the all-electric Nissan LEAF, which noted 2,925 deliveries (up 49.4% year-over-year). That’s its second positive quarter in a row.

We can also note that the LEAF accounts for 2.9% of total Nissan passenger car sales.

The LEAF did probably everything it could, considering that it had a significant weak point of the lack of a liquid cooling battery system that affected it in a several ways. Anyway, the overall value proposition and pricing still make it a good basic EV.

The next chapter will be written by the upcoming Ariya model, but the problem with the Ariya will be quickly drying up the 200,000 limit for the available federal tax credit.

The company has recently released a new gallery of the Ariya in the U.S. and the car looks really good. We guess it will be one of the direct competitors to the Volkswagen ID.4.