Home » Car Reviews » US: Most Of EV Battery Cells And Packs Are Produced Domestically

US: Most Of EV Battery Cells And Packs Are Produced Domestically 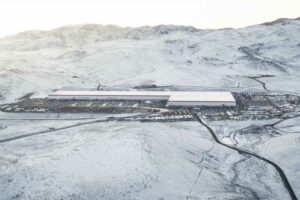 Most of the packs were almost always produced locally, and since 2018 it’s the case also for battery cells.

Since the first series-produced plug-in electric cars appeared on the market over 10-years ago, there was not much lithium-ion battery cell manufacturing capacity in the U.S. Producing battery packs in volume was also a completely new thing.

As we can see in the latest U.S. DOE’s Office of Energy Efficiency & Renewable Energy’s report, based on Argonne National Laboratory’s research, the situation has changed since then.

Initially, most of the battery cells for plug-ins in the U.S. were supplied from Japan or South Korea. Things changed a lot in 2018 – thanks to the volume sales of the Tesla Model 3, equipped with batteries produced at the Tesla Gigafactory in Nevada.

Over the last three years, 70% of battery cells in plug-in electric cars were produced domestically in the U.S., and this number is expected to increase significantly with multiple very large investments in new battery gigafactories (including GM-LG Chem and Ford-SK Innovation joint ventures).

In the case of battery packs, things were different, as vehicle manufacturers right from the start tried to build their own packs, or even modules. We can see foreign packs basically only in imported cars. Over the last three years, the share of domestically produced packs amounted 87%.

We guess that both numbers will go beyond 90% and 95% later this decade. 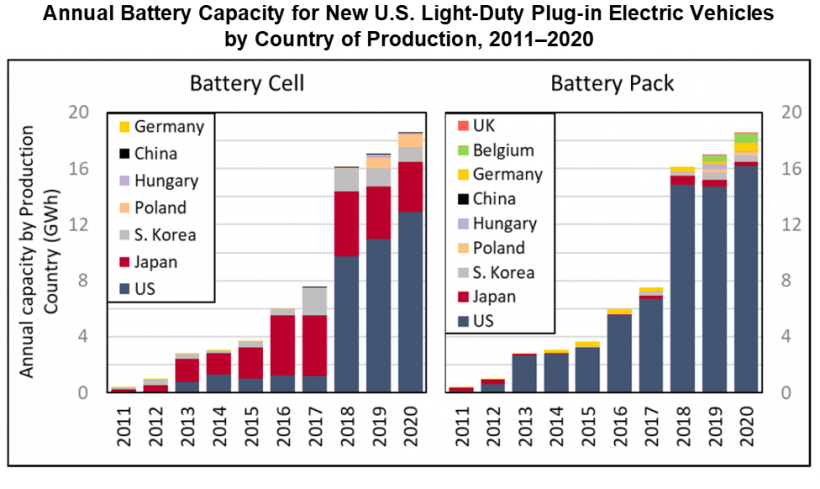