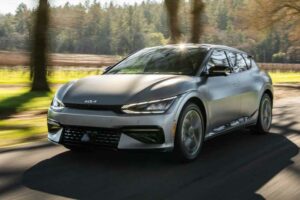 Despite the ongoing slowdown, the company highlights some positive things like a cumulative 10 million car sales in the US (since 1993) and that its EV sales increase quickly.

After the first three months of customer deliveries, the company reports 7,913 units, which is not bad, considering the limited supply. At the current rate, in 12-months the Kia EV6 sales would exceed 30,000.

Only time will tell whether the South Korean manufacturer will be able to maintain or exceed the volume, which probably depends more on the production constraints rather than demand.

Another all-electric model in the lineup is the Kia Niro EV, which in Q1 noted over 3,500 retail sales in the US (data for April are not yet available).

Unfortunately, the manufacturer does not report sales of other plug-in models, as they are counted together with conventional or non-rechargeable hybrid versions. 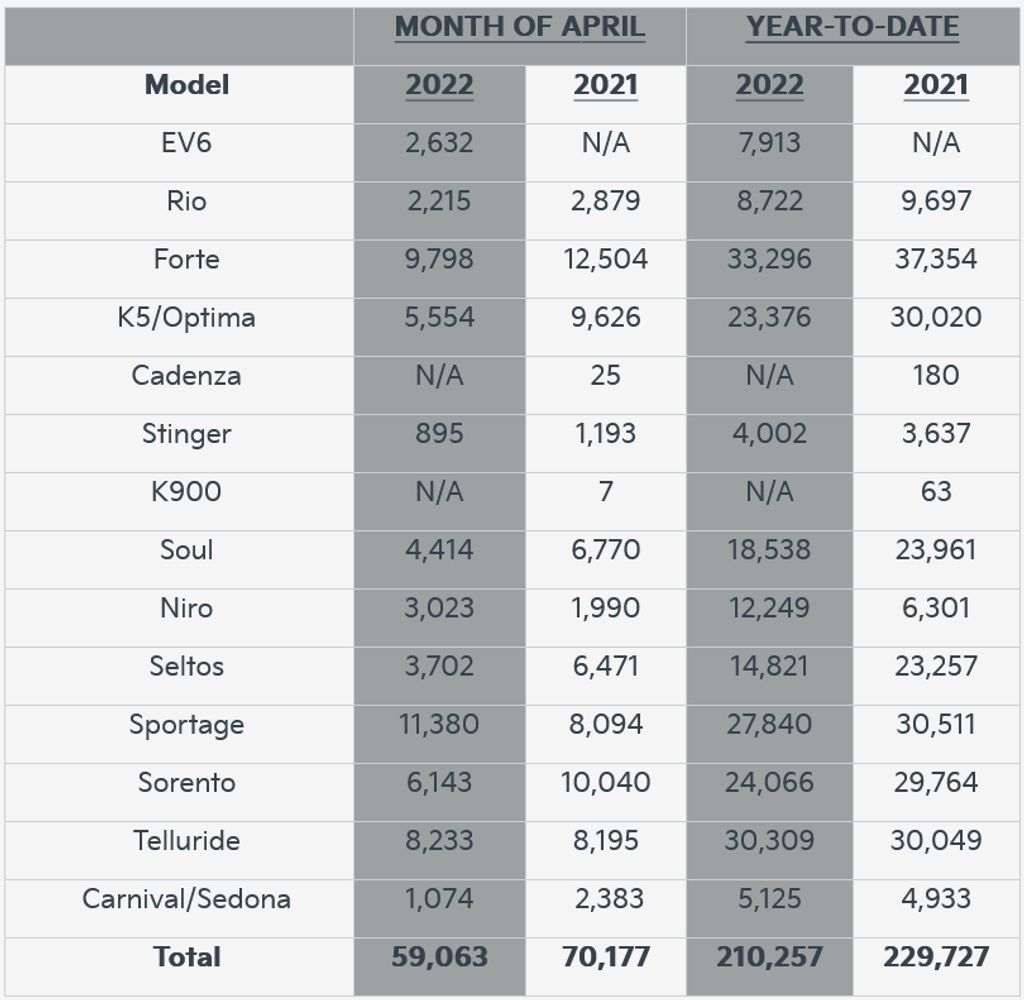 The Kia EV6 is available in several versions and trim levels. At the end of the year the company intends to launch a sporty GT version (above the GT-Line).