US Doubles Fines For Automakers Not Meeting Fuel Economy Standards 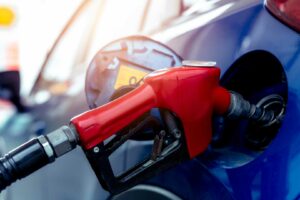 The rate more than doubles, going from $5.50 to $14 for 2019-2021 model-year vehicles. For 2022, it increases to $15. That doesn’t sound like much, but the fine is applicable for every 0.1 mpg under the mileage threshold. Take that figure and multiply it by the number of non-compliant vehicles sold, and it can up very quickly. The increase could cost Stellantis $572 million, according to Reuters, and that’s just one company. In 2016, automakers argued the increase could cost over $1 billion.

The increase in penalties was originally established in 2016, though it was the subject of legal challenges and at one point had been delayed indefinitely. The final rule has already been signed and will go into effect 60 days from when it’s published. Per Reuters, the NHTSA estimates automakers will pay $294 million instead of $115 million under the old rate, just for 2019. Automakers that exceed CAFE standards can sell credits to companies falling short of the mark, but the increase in fees will likely increase the value of credits.

Either way you slice it, auto manufacturers not meeting CAFE standards will pay significantly more as a result. Presently, 2019 CAFE standards call for an average of 41.2 MPG in domestic passenger cars and 30.4 MPG for light-duty trucks.

Fuel mileage is certainly an issue on everyone’s mind these days. Following Russia’s invasion of Ukraine at the end of February, oil prices – and subsequently, fuel prices – have skyrocketed to record levels around the globe. In the United States, AAA reports a daily national average gasoline price of $4.24 as of March 28. Diesel fuel is even higher at $5.12 per gallon, though prices appear to have leveled off for now.