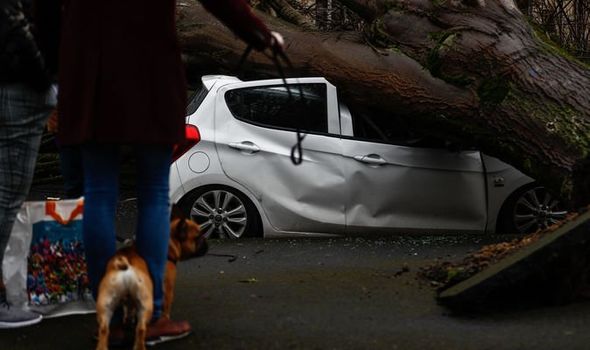 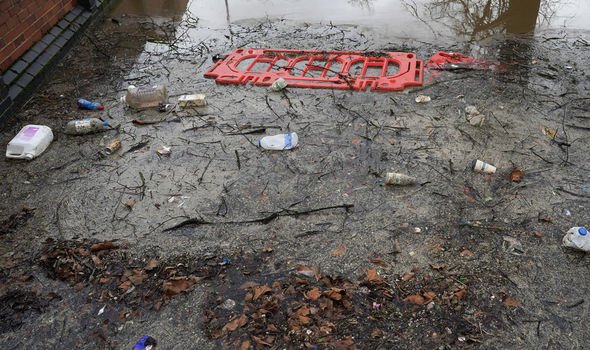 The road safety experts have also warned how debris could be pushed into the road through floodwater which could be an added risk to road users.

Neil Worth said: “Floodwater has brought huge amounts of debris onto road surfaces: gravel, mud, leaves and tree branches are just some examples of what drivers need to deal with.

“All of this conspires to leave many roads in a dangerous state, and we encourage all drivers to be ready for these risks on journeys.”

GEM Motoring Assist says an increase in potholes could cause a major risk to motorists.

DON’T MISS
This area has the most potholes in the UK [ANALYSIS]
This UK region has paid over £300,000 in pothole claims [INSIGHT]
Storm Ciara: Car insurance companies may not pay for damage repairs [COMMENT]

These could be filled with water which can make it difficult to interpret how deep a hole could be.

Motorists across the UK have been caught out this week as new potholes have appeared across major road networks.

Highways England were forced to close a slip road on the M62 on Monday after water damage opened up a deep pothole.

Witnesses at the scene say more than ten cars had been damaged by the pothole which was filled with water, making it harder to see from a distance.

Highways England spokesperson confirmed to Express.co.uk the hole was not responding to temporary measures and a more permanent fix was needed.

Meanwhile, Gloucester and Coventry both recorded staggering rises in the number of potholes reported with 149 percent and 70 percent extra incidents noted in the wake of Storm Ciara and Storm Dennis.

How to avoid car damage today

To protect motorists from critical road dangers, GEM Motoring Assist has issued simple advice on how to stay safe on the roads today.

The group says road users must expect debris to accumulate on road surfaces after a period of poor weather. 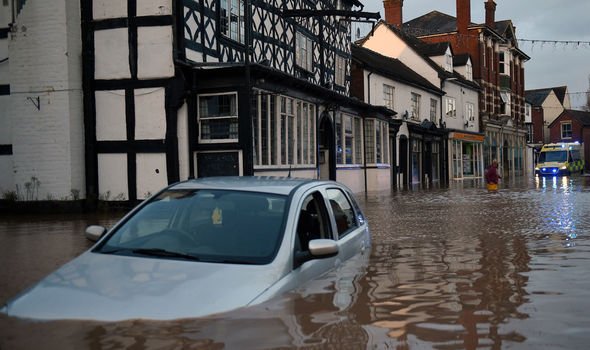 They say this is likely to reduce the grip of a car on the tarmac so road users are urged to adjust their speed to keep full control of the vehicle.

GEM says potholes should be avoided, especially if they are filled with water as this can make it hard to judge how deep it could be.

Potholes are damaging to vehicles so should be reported straight away so local councils can address the issue.

If a pothole is unavoidable, road users should make sure they slow down and keep a firm grip on the steering wheel as they make contact

After hitting a pothole checks for any vehicle damage should be made immediately.

Deflated tyres, cracks and bulge in the tyre or any shaking could be the sign of vehicle damage with may need to be checked by a garage.