Updated 2024 VW Aero B Electric Sedan Spotted Near The Nürburgring 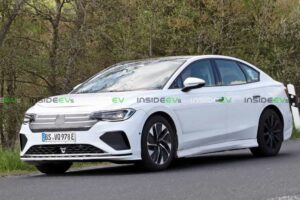 Volkswagen’s Aero B (also referred to as the ID Aero) electric sedan was supposed to debut in April at the Beijing Auto Show in concept form. However, since the show got canceled over the growing number of COVID-19 cases in China, VW decided to postpone the unveiling for a while.

Meanwhile, a Volkswagen Aero B prototype was recently spotted on the roads around the Nürburgring Nordschleife racetrack with several changes compared to the previous sighting.

The most obvious update regards the taillights, with the prototype now featuring the production units under the deceiving camouflage. The lights appear to be horizontal and their design should echo the ID.3 and ID.4.

The electric sedan looks pretty much free of camouflage, but that’s just an optical illusion; look closer and you’ll see a lot of camo and padding that disguise the VW Aero B’s key elements.

For example, the panel that connects the taillights is clearly fake, as is the black element in the rear bumper featuring fake “exhausts,” the area surrounding the C-pillar, the front grille, the shape of the headlights (cleverly disguised by stickers), and pretty much the entire front bumper. 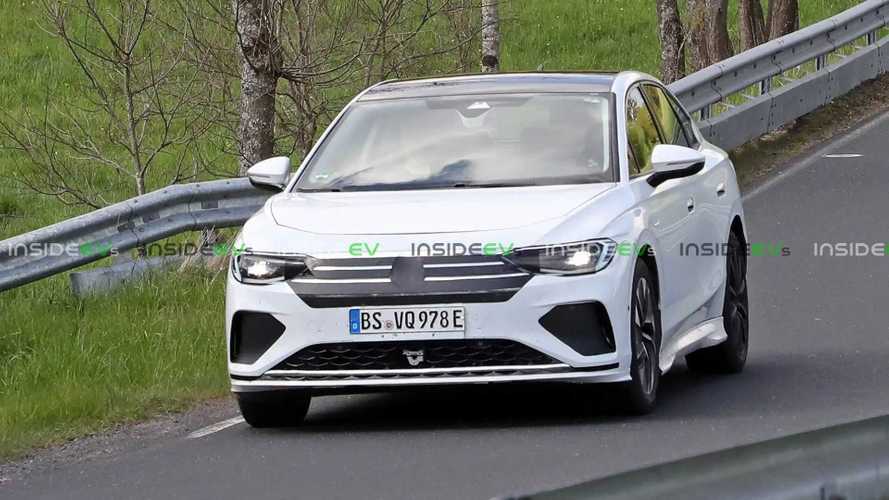 The Aero B sedan has already been previewed by two concept vehicles, most recently the ID. Space Vizzion revealed at the 2019 LA Auto Show. However, that study was a wagon, which suggests that VW is also considering a more practical body style for the Aero B later on.

The new concept car expected to debut this year should provide a more accurate preview of the production model, which is likely to feature light strips front and rear connecting the headlights and taillights.

The Tesla Model 3 rival will ride on Volkswagen Group’s MEB platform and offer both single-motor RWD and dual-motor AWD powertrains—likely including a sporty GTX variant.

VW brand boss Ralf Brandstätter said in March that the Aero B production sedan would launch in the second half of 2023, likely as a 2024 model. Initially available in China, the electric sedan will offer a range of around 435 miles (700 kilometers), thanks in part to its aerodynamic shape. The US also has a good chance to get the Aero B, as VW USA boss Scott Keogh said in March he was “very optimistic about it coming to the US.”

The model’s main competitors will be the Tesla Model 3, Polestar 2, and the upcoming Hyundai Ioniq 6. Aero B is not the final name but rather a codename; VW hasn’t made public the electric sedan’s name yet.