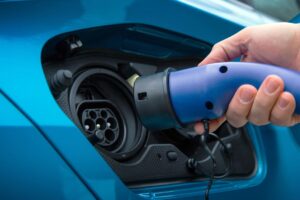 The Government has axed the plug-in car grant, meaning EV buyers will no longer receive taxpayer-funded financial support towards the purchase price of their vehicles.

Announcing the end of the scheme, the Department for Transport (DfT) boasted that the grant had helped to increase the sales of fully electric cars from less than 1,000 in the whole of 2011 to almost 100,000 in the first five months of 2022 alone.

Electric car sales have risen 70 per cent in the last year and now make up one in six new cars sold in the UK.

The grant has been slowly phasing out for some time, with revisions being made on a regular basis. From December 2021, EV buyers could only claim up to a maximum of £1,500 on an electric car costing no more than £32,000.

The DfT said it has always made clear that the grant was temporary and would not go beyond 2022/23. It added that the reductions in the support offered have not had an impact on the sale of EVs in the UK.

Having abolished the grant, the Government says it intends to refocus on the “main barriers to the EV transition”, such as public charging, with a goal of eliminating range anxiety. Furthermore, £300million of grant funding will be directed towards extending the grants for plug-in motorcycles, taxis, vans, trucks and wheelchair-accessible vehicles.

The DfT added that drivers can still save by switching to EVs through favourable vehicle excise duty and benefit-in-kind tax rates. All existing applications for the grant will be honoured and, in instances where a car has been sold in the two working days before the announcement of the grant being cut but an application from the dealer has not yet been made, the sale will also still qualify for the grant.

The announcement wasn’t welcomed by motoring groups, with some arguing that further support is needed to bring down the cost of EVs further. RAC head of policy Nicholas Lyes said: “The UK’s adoption of electric cars is so far impressive, but in order to make them accessible to everyone, we need prices to fall.

“Having more on the road is one important way of making this happen, so we’re disappointed the Government has chosen to end the grant at this point. If costs remain too high, the ambition of getting most people into electric cars will be stifled.”