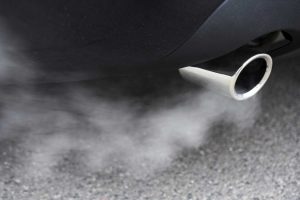 First it was 2040, then 2035; now it looks like all new cars with an internal combustion engine could be banned from sale within the decade

Sales of new cars with an internal combustion engine – be they petrol, diesel, hybrid or plug-in hybrid – could be banned from 2030 according to reports.

This would effectively leave electric cars and any hydrogen fuel-cell vehicles that may be available by 2030 as the only options for buyers after a new set of wheels.

The reports come as sales of electric and hybrid cars overlook diesel models between April and June this year, with 33,000 new EVs and hybrids registered, versus 29,900 diesel cars.

It was the summer of 2017 when the Government first announced new petrol and diesel cars would be banned from sale in the future. A date of 2040 was initially given, and early indications were that plug-in hybrids, and maybe even conventional hybrids, would be spared the axe.

But ministers soon began increasing both the clarity and ambition of their plans, first by declaring that new hybrids and plug-in hybrids would be banned alongside their petrol and diesel powered counterparts, before mooting that a date of 2035 might be on the cards for the sale of cars and vans with any kind of internal combustion engine.

If new reports are to be believed, however, those goalposts could soon shift again, with numerous sources indicating a date of 2030 looks likely. According to the Guardian, Prime Minister Boris Johnson was due to announce the 2030 date in September, but that has now been pushed back to Autumn, with November a likely month for the official announcement.

The newspaper reports that the 2030 date is backed by the Committee on Climate Change – a central but independent body formed in response to the Climate Change Act of 2008. That committee previously recommended sales of new internal combustion-engined cars should be banned from 2032.

The Times, meanwhile, reports that the Transport Secretary, Grant Shapps, supports accelerating the ban. Mr Shapps is said to be an advocate of electric cars and drives an electric car himself – though he also has a private plane.

Senior politicians may be keen on the acceleration of the ban on petrol and diesel power, but MPs away from Westminster and chauffeur-driven ministerial cars are concerned things are moving too quickly.

The campaign group FairFuelUK spoke to “dozens” of members of parliament after The Times and the Daily Mail reported that “more than 100” Conservative MPs were urging the Government to bring the ban forward.

Karl McCartney, the Conservative MP for Lincoln, told FairFuelUK: “No fellow Backbenchers are convinced to reference this 100 number. Various colleagues privately contacted me, including those involved directly with the issue, to confirm that they do not believe the 100 number either. So, claims by Daily Mail & The Times originally are bogus & unsubstantiated.”

Craig Mackinlay, who represents the South Thanet constituency for the Conservatives, said: “You can be absolutely, doubly sure, that this MP is not & will not be among them [supporting the 2030 ban].”

What kind of car should you buy today? We examine the petrol, diesel, electric and hybrid options here…