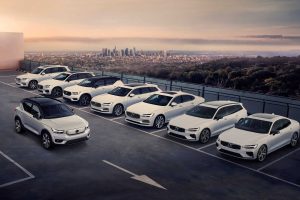 Volvo has improved its U.S. car sales in February by 16.9% year-over-year to 9,164, which is the best result for the month of February since 2014 and the ninth month of consecutive growth. 80% of the overall volume is SUVs.

We are of course most interested in the plug-in Recharge models and it seems that demand for these is also gradually improving. According to Volvo, nearly 10% of total February sales were plug-ins. That would probably be less than 900.

The highest demand for Volvo plug-ins is in California – around 30% of total sales in the state.

“This growth in PHEV sales is an important step toward Volvo’s plan to become a fully electric car company by 2030.”

Unfortunately, Volvo is silent about the progress of the introduction and sales of its all-electric Volvo XC40 Recharge model.

“For the past nine months we’ve grown our sales and market share. The strength of our Recharge lineup in particular bodes well for our electrification ambitions, and we’re excited for the C40 Recharge to join our range.”