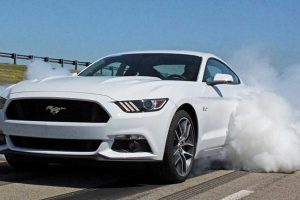 All you need to know about the many different types of car tyre you can buy today, from all-season to run-flats and beyond…

If you’ve ever wanted to know a bit more about those black rubbery things that keep your car stuck to the road, then you’ve come to the right place. Our guide to the wide variety of tyre types available for cars, including tyres for 4x4s, performance tyres and seasonal tyres, should help to ensure you’ve got all the options covered when you’re looking for new rubber.

Many drivers will never think to deviate from the type of tyre their car arrived with, and when the tread wears thin will simply order like-for-like replacements. Other drivers are adventurous enough to shop around for similar tyres made by their favourite brands, or cheaper tyres at more attractive prices, but few drivers contemplate completely changing the type of tyres fitted on their vehicle.

Reasons for wanting to change your car’s tyre type include switching from standard to winter tyres when it’s colder, wanting to save fuel with energy-saving tyres, improving high-speed handling with performance tyres, or going for the added convenience and safety of run-flat tyres. Drivers of 4x4s and SUVs may also consider changing rubber to suit their vehicle’s primary use.

We’ve listed all the major tyre types below, with an explanation of the basics in each category. If you’re interested in any specific tyre type, then detailed technical information is available from manufacturer websites which you can use to research the best tyre brands and best tyres to suit your driving style, road conditions or your pocket.

We also carry out regular in-depth tyre tests of winter tyres, all-season tyres and summer tyres that will give you the information you need to pinpoint the best tyres in each category. We assess all the tyres back-to-back in controlled conditions to determine the differences between the top brands.

Whether they know it or not, most drivers in the UK are motoring on all-season tyres, which is a catch-all term for tyres designed to cope with all weather conditions and temperatures that our climate can produce year-round. Indeed, it’s fair to say that all-season tyres have proven to be a very good compromise for many years, given the rarity of extremes of heat and cold in the mild UK climate.

All-season – or hybrid – tyres are designed to be safe at a range of temperatures from -10 degrees to 30 degrees Celsius, whereas winter and summer tyres are optimised to perform better at either end of the temperature spectrum. All-season tyres do tend to be pretty good at dispelling surface water though, as rain-soaked roads are a hazard in the UK at any time of year.

As such the tyre companies have struggled over the years to convince British drivers of the need to invest in different sets of tyres for winter and summer usage, even though it’s common practice to swap between sets in many other countries around the world. That said, it’s undeniable that all-season tyres lose out to winter tyres on braking distance in low temperatures, and may grip less effectively during cornering too. They also offer less ultimate grip on warm tarmac than summer tyres, and that’s why some drivers prefer not to rely on an all-season solution.

Because all-season tyres are by far the most popular variety, they are also usually the cheapest. The rubber compounds used are typically harder wearing than for winter or summer tyres, so you’ll get more miles out of them too. All-season tyres are usually recognisable by the M and S markings (for mud and snow), while some even have ‘All Season’ embossed on the sidewall.

As mentioned above, winter tyres are specially formulated and designed to cope best in cold and icy conditions. That means they are made of a rubber compound that’s more effective at low temperatures – specifically beneath 7 degrees Celsius. They also have tread patterns designed to prevent ice and snow compacting, and will generally be better at clearing surface water than all-season rubber.

Just by looking at a winter tyre you’ll notice there are more channels cut into the tread to cope with extra water on the road, and you may also spot chunkier tread blocks. They are actually designed to vibrate imperceptibly as the tyre rotates, to stop snow and ice compacting, as it often will, in the tread of all-season tyres. You won’t feel the vibrations, but winter tyres are often noisier than all-season counterparts as a result. The rubber compounds of winter tyres include a higher proportion of silica which prevents the rubber hardening at low temperatures.

The cost of winter tyres means they’re unlikely to become commonly used in the UK unless strange things happen to our climate, but if you’re wondering whether it’s OK to use winter tyres in summer the answer is no. There’s no law against it, but you’ll have less grip than an all-season tyre so cornering and braking could be badly compromised, plus they’ll wear out a lot faster too.

Summer tyres are designed to work best above 7 degrees Celsius, and at such times have slightly improved braking distances compared to all-season tyres. They are also designed to work well on wet and dry roads in warm temperatures.

While some people use summer tyres instead of all-season rubber in the UK, they’re really most useful in countries which occasionally swelter at 40 degrees – we should be so lucky! Unlike all-season tyres, when the conditions aren’t ideal, summer tyres can become a serious liability. Michelin reckons stopping distances in snow are doubled if you’re comparing summer to winter tyres.

When driving, your car’s engine or electric motor has to overcome what is commonly referred to as the ‘rolling resistance’ of your tyres against the tarmac. In efficiency terms, the lower the rolling resistance the better, because it can dramatically affect fuel consumption.

Tyre companies have addressed this by producing tyres designated as ‘energy savers’, which typically provide less dynamic capability than ‘ordinary’ tyres in terms of braking distances and grip in cornering, particularly in the wet, but can make noticeable differences to your fuel economy.

Energy-saving tyres are often fitted as original equipment to economy focused hybrid or electric cars, because they help car makers meet efficiency targets which have often been vital for tax breaks in various markets – including here in the UK

Sports cars and performance cars use tyres which are designed and constructed to make maximum use of the car’s potential. Typically that means they are wider than usual to provide the biggest possible contact patch with the tarmac, which can maximise grip during acceleration, braking and cornering in dry conditions. Performance tyres also tend to have a low profile sidewall, which means the depth of the tyre is relatively small compared to the width.

Low profile tyres usually run on larger than standard diameter alloy wheels, and the compact sidewall is designed to improve stability in the tyre when subjected to the extreme forces a powerful car can generate – again during braking, cornering and acceleration. High-performance tyres are constructed to withstand running at high speeds for long periods, and they have rubber compounds specially formulated to provide maximum grip. Their high-spec compared to normal tyres means they’re usually more expensive, and they’re typically less durable too.

Beyond the more road-focused high performance tyres there are tyres intended primarily for track use. These have increasingly minimal tread patterns as you head through semi-slick tyres towards completely slick tyres that are illegal for road use.

Runflats are tyres designed with a reinforced sidewall structure which will support the weight of your car even when the air pressure drops due to a puncture. They are considered a safety benefit because a standard tyre can often disintegrate dangerously following a high-speed puncture, whereas a run-flat tyre will retain its structural integrity allowing the car to slow safely. Typically, you will also be able to drive on a deflated run-flat tyre at limited speeds of under 50mph, and for a distance of up to 50 miles. If that gets you to the garage you’ll never have to worry about roadside tyre changes again.

Run-flats have become increasingly popular with car manufacturers, and are now fitted as standard on very many new cars. However if you’re considering upgrading to run-flat tyres, keep in mind that you need a Tyre Pressure Monitoring System (TPMS) to prevent you running unwittingly on a punctured tyre for longer or at higher speeds than are safe.

These days the fashion for crossover-style SUVs and 4x4s for road use means very many are equipped with exactly the same sort of tyre you’d find on a family hatchback or performance car. However, for the small number of SUVs that do venture off tarmac, it’s critical that the correct type of tyre is fitted – or you may not get very far.

Here in the UK there are two main categories of off-road tyres, known respectively as All-Terrain tyres or Mud tyres. All-Terrain tyres are designed to be used primarily on tarmac but with the capability to grip on muddy tracks and other loose surfaces, while mud tyres reverse the thinking.

You can tell the two apart at a glance because All-Terrain tyres have a relatively normal but chunky tread pattern allowing for decent grip and performance on and off road. Mud tyres have a much more aggressive tread pattern, with much bigger gaps between the tread blocks. That’s great for finding grip over sticky mud, rock or gravel, but significantly reduces the rubber contact patch when you’re driving on tarmac, which means you’ll get a lot less grip.

Now you know all about the different tyre types, find out how to change a tyre here…