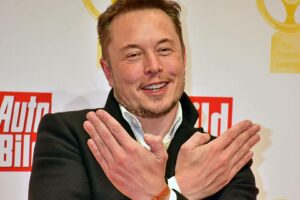 Tesla and SpaceX CEO Elon Musk has secured the funding to buy Twitter. Anonymous sources familiar with the situation claim that the social media company reportedly already started talks with the vocal CEO over the weekend.

Reuters makes it clear that these initial talks, which reportedly started Sunday, April 24, 2022, do not mean Twitter is accepting Musk’s $43 billion bid to buy Twitter. Musk said earlier he would execute the deal at $54.20 per share.

Pressure from shareholders, politicians, and the public in general – along with the fact that Twitter may not have a better offer – could work to move the negotiations forward. This may be especially true now that Musk has proven he has the funding to make it happen.

Reuters also notes that Musk has already been having meetings with Twitter shareholders to secure support for the potential acquisition. The publication claims that after talking to Musk, many Twitter shareholders are pushing for the social media company to accept Musk’s offer while it lasts. However, Musk made it clear that his offer was the “best and final,” and it makes sense that the folks at Twitter would want to negotiate.

The report goes on to say that Twitter is working to get more details from Musk related to the funding, as well as any ongoing SEC investigations into the CEO. The company also hopes to push for a better deal. All of this information was reported as coming from undisclosed sources who also said they’re not sure if Twitter will consider a sale to welcome other investors and put pressure on Musk’s offer.

Twitter reportedly wants to make sure that regulators will support Musk’s ownership of the company. If it comes to the conclusion that there are too many potential risks involved, Twitter could “ask for a sizeable break-up fee,” according to the anonymous sources cited by Reuters.

Regardless of how it all works out, Twitter has to be careful along the way since it’s now aware Musk is gathering up shareholder support. It would be a bad look if the company turned down the deal even though Musk had the backing. However, there are also shareholders who believe Musk’s $54.20 offer is too low considering Twitter’s future value.

Reuters shared the text from a tweet sent by Saudi Arabian Prince Alwaleed bin Talal, who invests in Twitter:

“I don’t believe that the proposed offer by Elon Musk ($54.20 per share) comes close to the intrinsic value of Twitter given its growth prospects.”

What do you think? Should Twitter accept and be done? Or, should it string out the negotiations in hopes of steering Musk away and/or finding a better offer? Start a conversation in our comment section below.