Home » Car Reviews » Transverse and longitudinal engine layouts – what's the difference? Will this still matter in the future? – paultan.org

Transverse and longitudinal engine layouts – what's the difference? Will this still matter in the future? – paultan.org 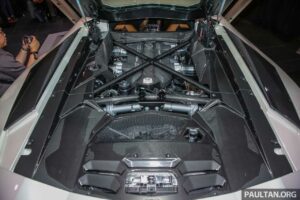 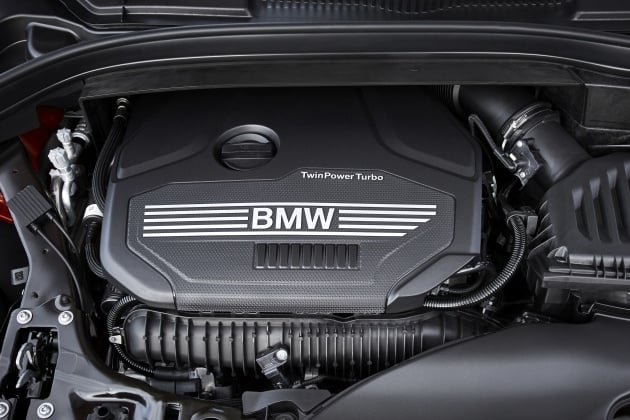 The world of passenger cars is a vast one, and how you see and experience it sort of depends on whether you go from north to south, or from east to west. Here, we are referring to engine layouts.

In a front-engined vehicle, the engine is situated in a car essentially in one of two orientations – transverse (side to side, or ‘east-west’), or longitudinally (front to rear, or ‘north-south’), referring to direction its crankshaft is pointed relative to the car. The transverse engine layout is by far the most commonly used in passenger cars.

Compact models tend to be budget-oriented for the segment they enter, and therefore need to appeal to the mass market. As such, they are designed to yield as much interior space as possible from the bodyshell of the car it is installed into.

Having the engine mounted sideways in its compartment reduces its encroachment into the cabin, and because space is a luxury, the spatial benefits of a transverse-mounted engine in the front of a vehicle go beyond the budget segment; as can be seen from the Honda Jazz, through the Nissan Serena, to the Toyota Alphard/Vellfire and by extension, the Lexus LM.

Pictured – 1959 Morris Mini Minor. The BMC Mini was widely credited for bringing the transverse FWD layout into the mainstream…

The car credited with popularising the transverse engine layout has widely been thought to be the British Motor Corporation (BMC) Mini from 1959 designed by Sir Alec Issigonis, which set the ball rolling for a whole genre of compact, front-wheel-driven cars from that point on.

The BMC Mini wasn’t the first transverse-engined front-wheel drive car, nor was it even the first compact car of this drivetrain layout to sell in appreciable volumes; the former was in fact the Christie of 1909 from the Walter Christie Automobile Company in New York, while the latter was the DKW Front F1 from Germany, introduced at the 1931 Berlin Motor Show.

Packaging of drivetrain in the DKW Front F1 was more akin to the present-day front-wheel drive car; while its two-cylinder, two-stroke engine was from the pre-war era of DKW, transmission was by a clutch and gearbox which were mounted inline with the crankshaft.

For larger cars where performance holds greater importance than other aspects from the design outset, the longitudinal engine layout is typically preferred for several reasons. Cars with larger bodyshells are less constrained for occupant space, and can accommodate a larger engine compartment in front. 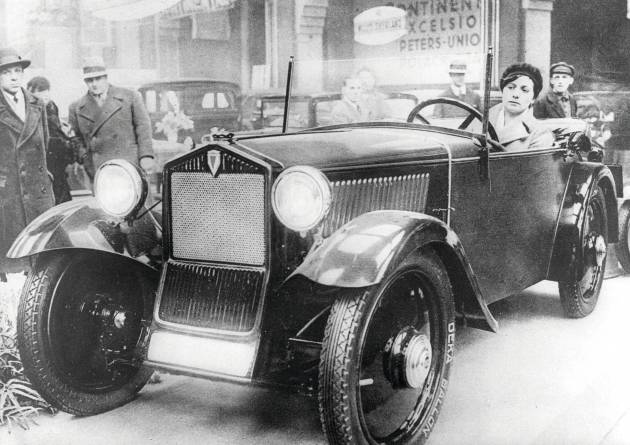 …when in fact, the 1931 DKW Front F1 was first of the type to sell at volume, with its transverse two-cylinder two-stroke engine

Vehicles designed towards a more premium or luxury positioning will call for a more potent engine, and this in turn has historically meant a physically larger engine, from a time when there was no replacement for displacement.

Greater outputs in turn called for rear-wheel-drive, where the front and rear wheels would share the workload more evenly between them; the fronts handled steering and most of the braking, while the rears propelled the vehicle. The north-south layout was preferable as it would be the most direct path from the engine’s crankshaft to the driven wheels at the back.

In handling terms, this would also bring the added advantage of having the driveline and therefore, the vehicle’s weight more evenly spread over the length of the vehicle, which goes towards achieving that much-vaunted 50:50 weight distribution ideal, not to mention packing more of said weight within the wheelbase.

This has been exemplified by the BMW 3 Series and the Mazda MX-5, both long held as benchmarks in handling. For both the 3 Series and the MX-5, not driving the front wheels meant their engines needn’t be ahead of the front axle line, and could therefore be tucked as far back as possible to aid weight distribution.

In order to do so, the gearbox retains the front driveshaft positions on each side of its bell housing. This is largely for manufacturing commonality purposes, where the cars’ platform, and therefore layout, accommodates both front- and all-wheel-drive configurations.

The Audi longitudinally mounted driveline can be used for FWD applications. Note the engines’ location ahead of their front driveshafts

While having the engine basically entirely ahead of the front axle line isn’t ideal for weight distribution and therefore handling, a side benefit is that equal length driveshafts help mitigate torque steer in high-output applications, which is less of an issue with advances in electronics such as torque vectoring in addition to hardware such as limited-slip differentials.

There are, of course, exceptions to the accepted rules; the 2006 Volvo S80 featured a transversely mounted 4.4 litre V8 engine, and the 2011 Volvo S60 T6 packed a 3.0 litre turbocharged inline-six petrol, also mounted transversely in its engine bay.

So far, we’ve looked at front-engined cars. There’s even more variety when we enter the realm of cars with engines behind their occupants. Those with engines of relatively modest displacement and external size – by sports car standards, that is – can have them mounted transversely, such as with the Lotus Elise, Exige, Evora and now the Emira, the Toyota MR2 and the first-generation Honda NSX.

Larger mid-engined cars will have their powerplants mounted longitudinally to accommodate their suitably increased dimensions, and this is the more common orientation for the mid-engine layout. Think Ferraris, Paganis, and most Lamborghinis of the type.

Most, because from Lamborghini there was of course the Miura, which mounted its V12 engine transversely in its bay behind the occupants.

A slightly more recent example of the transverse peg in a longitudinal hole is the Cizeta V16T that first emerged as a concept in 1988, which featured what was essentially a pair of Lamborghini Urraco V8 engines – conjoined end-to-end to make a 6.0 litre V16 – forming a T-junction with a five-speed transaxle gearbox.

What a difference an engine’s absence makes – would sir like a three-box, or something altogether more slippery? W126 Mercedes-Benz 300 SE (above), Mercedes-Benz EQS (below)

All that said, engine layouts as a defining characteristic of a car may well be on its way into the history books, as the internal combustion engine itself is coming to the end of its road, dictated by looming emissions regulations.

The growing ubiquity of fully electric vehicles and their accompanying hardware packaging advantages would appear to trade engineering quirks for objective efficiency – why waste space on clunky hardware when a car’s occupants could otherwise be more comfortable in it?

This means the maximising of space from a skateboard platform, for example, may spell the end of the three-box-shaped sedan, and desirable visual cues such the “prestige mass” – Bentley’s term for the horizontal distance between the leading edge of the front door and the centre of the front wheels – could be a casualty of the mass migration to pure electric power. Not if the crew from Crewe can help it, though.