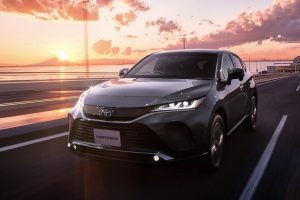 Toyota has released its financial results for the first quarter of financial year 2021, which runs from April 1, 2020 until March 31, 2021, and they aren’t very promising. The Japanese carmaker has clearly been affected by the Covid-19 pandemic that saw reductions in both production and sales, and the figures reflect that.

During the period of April 1 to June 2020 this year, the company’s operating profit plunged by 98.1% to 13.9 billion yen, a far cry from the 740.6 billion yen that was recorded during the same period in the previous financial year (FY2020).

With recovery initiatives currently in place, the company remains realistic with its forecast for the current financial year, as it expects operating profit to come in at 500 billion yen (its weakest in nine years), while sales revenue is projected to be at 24 trillion yen.

The company ended FY2020 with an operating income of 2.4 trillion yen and a net revenue of 29.9 trillion yen. As for sales, Toyota has revised its projection of 8.9 million cars as of May 2020 to 9.1 million cars, which is still its lowest in nine years and represents a 13% decline from 10.46 million cars in FY2020.