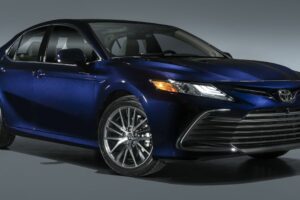 Even with the increasing demand for SUVs and trucks – at the same time as the debut of the 2022 Corolla Cross in the United States – Toyota officials in North America reiterated their commitment to sedans during a panel discussion.

Investing in sedans such as the Camry and Corolla is a good long-term decision as there is, and still will be a market for sedans in the future, CarScoops reported Toyota officials as saying at the discussion. Sales of sedans have recently stabilised despite sustaining decreases over the past few years, the officials added.

The observation from Toyota comes as compatriot Mazda announced that the Mazda 6 sedan, along with the CX-3 B-segment crossover, will be discontinued for the United States market. This has been attributed by the Japanese brand to “consumer interests [that] continue to evolve.” In 2018, Ford announced the removal of all sedans from its product line-up for North America. Market preferences in the United States which are moving away from sedans has also seen the dicontinuation of domestic models such as the Chevrolet Cruze, Impala and SS (a rebadged Holden Commodore), which plays into the hands of automaker’s such as Toyota.

Toyota officials however admitted that the company’s product isn’t set in stone, and there could be changes to the US market sedan portfolio in the future; that said, there has yet to be a decision on that front, according to the report.

This is a reiteration of the automaker’s statement of commitment to the sedan market last year, when it reported sales of nearly 770,000 sedans out of 2.1 million vehicles sold in 2019. As for the Corolla Cross that has just been launched for the US market, Toyota expects the SUV to account for approximately one-third of sales from models wearing the Corolla nameplate.