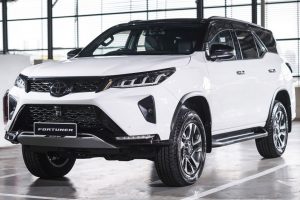 Toyota has announced that it will be investing an additional 28 trillion rupiah (RM8 billion) in Indonesia, the sum of which will be spread until 2024. According to CNN Indonesia, the extra capital will be used to produce a range of hybrid and electric cars, including the rumoured Innova Hybrid.

Toyota Motor Corporation Asia Region CEO, Yoichi Miyazaki added that the automaker will introduce no less than 10 electric vehicle models for Indonesian customers over the next five years. These cars are already being prepared, but exactly what models they are remains to be seen.

Toyota Motor Manufacturing Indonesia’s director of administration, corporation and external relations, Bob Azam explained that Toyota would begin producing hybrid cars in the country by 2022. Again, there were no specific mentions of any car models, but they will either be a brand new hybrid model, or one based on existing models in the line-up. “In 2022, we will produce hybrid models. New hybrids or hybridise existing models so that they can keep the supply chain there and new technology can be adopted, especially since these models have already been accepted in the export market,” Bob said in December 2020.

The cars Bob supposedly referred to were the aforementioned Innova Hybrid and Fortuner Hybrid, but he has yet to confirm this. The report suggested that, since both the Innova and Fortuner share the same Innovative International Multi-purpose Vehicle (IMV) platform, it’s likely that the pair will be among the earliest ones to be electrified.

Besides that, Toyota will also be ramping up its engine production capacity to 411,000 units annually (up from 250,000 units currently), plus the expansion of its export destinations to 20 additional countries, bringing the tally to 100 destinations by 2024. Miyazaki said Toyota is currently preparing Indonesia as its export hub, not just for ASEAN but also other countries.