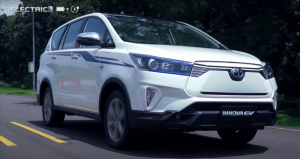 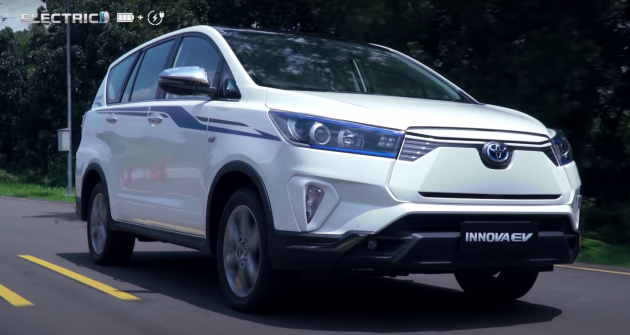 The Toyota Kijang Innova EV Concept has been officially unveiled at the 2022 Indonesia International Motor Show (IIMS) in Jakarta. It is exactly what it says on the lid – this is a full-electric Indonesian-market Innova that is just a concept car for now.

Developed by Toyota Astra Motor (TAM) in Indonesia, the Innova EV Concept uses the current generation MPV as a base, swapping out the Kijang’s internal combustion engine for an electric motor and batteries. There’s not much details in terms of specs, but it doesn’t really matter as this is just a study vehicle. It’s a drivable one, though.

“The purpose of introducing the Kijang Innova EV Concept is to study and increase the popularity of EVs in the community. It is a symbol of Toyota’s commitment to the ecosystem of EVs, utilising the local model approach to find the most suitable mobility needs for Indonesian people,” said TAM’s vice president director Henry Tanoto, reported by Autonetmagz. 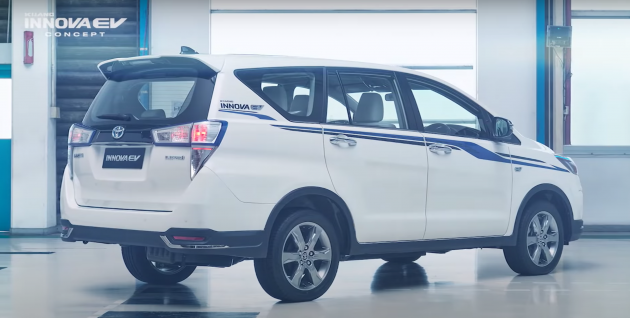 According to the report, the Kijang Innova EV Concept shows the seriousness of Toyota Indonesia and the mothership in Japan in the EV scene. In 2015, the world’s top-selling carmaker announced the Toyota Environmental Challenge 2050, where the target is to achieve carbon neutrality in 2050.

In line with the principle of ‘Mobility Hapiness for All’, Toyota uses a so-called multi-pathway approach to going green, which is why it offers hybrids, plug-in hybrids, EVs and fuel cell EVs, in addition to improving the efficiency of the internal combustion engine. This way, the company offers solutions and options to as many customers as possible, including in Indonesia, the report adds.

What’s changed from the ICE-powered Innova? Aside from the powertrain, the MPV gets a closed-off grille in typical electric car fashion, blue light strips in the headlamp cluster, blue-tinged Toyota emblems, EV (side) and Electric (rear) logos, full-length blue-black decals, unique grey alloys and blue tail lamp surrounds. The charging port is where the regular car’s fuel flap is.

Inside, the battery-powered MPV gets its own instrument cluster, although there’s still a tachometer there. EV and battery related info is shown on the head unit’s screen. The light-coloured leather seats have “Innova EV” stamped into the front headrests.

The regular second-generation Innova is powered by a 2.0 litre naturally-aspirated four-pot with 139 PS and 183 Nm. Drive is sent to the rear wheels via a six-speed torque converter automatic transmission. In Malaysia, the MPV comes in three variants – the 2.0E and 2.0G have eight seats split across three rows (2-3-3) while the 2.0X sports two captain seats in the second row in a 2-2-3 layout.

The Innova is priced from RM123,880 for the base 2.0E, RM133,880 for the mid G, and RM141,880 for the range-topping 2.0X. Prices are on-the-road without insurance, but including sales tax – like many other models from UMW Toyota Motor, you won’t be getting the Innova before the SST exemption expiry if you book now.