Home » Toyota GR86 teased before debut in the US on June 2 – paultan.org

Toyota GR86 teased before debut in the US on June 2 – paultan.org 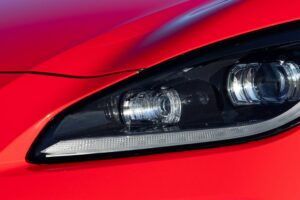 Toyota will launch the new GR 86 in the United States during a product showcase event set to take place on June 2 in Texas. Although the company has yet to state as such, the provided teaser images of the redesigned sports car’s headlamps and wheels are clear indicators.

The imminent arrival of the GR 86 in the US comes just over a month after the coupe made its global debut in Japan last month, and about half a year after its close sibling, the Subaru BRZ, was revealed last November.

While US specifications for the GR 86 will only be revealed next week, it will most definitely be powered by a 2.4 litre naturally-aspirated four-cylinder petrol engine. Customers will likely have a choice between a six-speed manual and automatic transmission, both sending drive to the rear wheels.