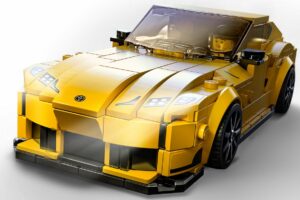 The Toyota Supra is the next model to join the Lego Speed Champions collection, with set #76901 serving to commemorate the 35th anniversary of the Supra nameplate – counting from the third-generation model that no longer has Celica in its name. Within the increased footprint is an interior that can accommodate two minifigures and there are finer details like red accents on the seats and headrests. Other cues include stickers for the headlamps, two different wheel options, large round tailpipes and an F1-inspired third brake light.

The set may not be as detailed as the fancier Technic range that includes cars like the Bugatti Chiron, Lamborghini Sian FKP 37 and Ferrari 488 GTE, but at around RM89 (depending on where you get it from), it is significantly cheaper as a result. Interested?